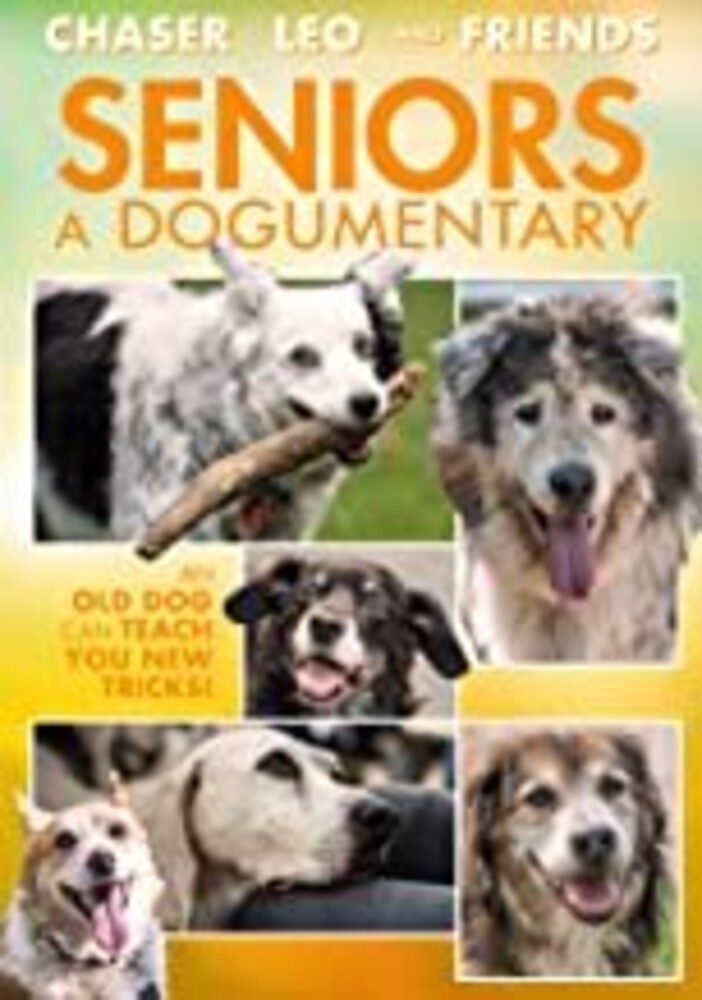 Seniors, A Dogumentary is a loving portrayal of the vitality of senior dogs and features Old Friends Senior Dog Sanctuary, the celebrated forever-foster home based sanctuary in Mount Juliet, Tennessee and Chaser the Border Collie, known as the smartest dog in the world. Their stories are brought together through the lens of famed photographer Jane Sobel Klonsky. Ms. Klonsky is the author of the book Unconditional: Older Dogs, Deeper Love. She specializes in capturing the cherished relationship between senior dogs and their owners. The film follows Zina and Michael Goodin, the Old Friends founders, as they relocate into their current facilities, and introduces us to Leo, a social media phenom who became the most popular dog in the sanctuary's history. We also meet Dr. John W. Pilley, Jr. And his beloved Chaser who, even into her senior years, never stopped learning. Not only had Chaser learned the names of over one thousand toys, she could also differentiate between nouns and verbs, understand full sentences, and mimic Dr. Pilley's actions after just observing them once. Director Bechard, who also made A Dog Named Gucci, (winner of the 2015 ASPCA Media Excellence Award) sought to create an animal welfare film that would make people smile. "We see so much animal cruelty on a day-to-day basis," he explains, "especially on social media. I wanted to make a film that would not only highlight a plight in the rescue world but could do so by bringing a smile to everyone's face. My own elder dogs have been sweet, playful, goofy, and endearing. I wanted to capture that essence."