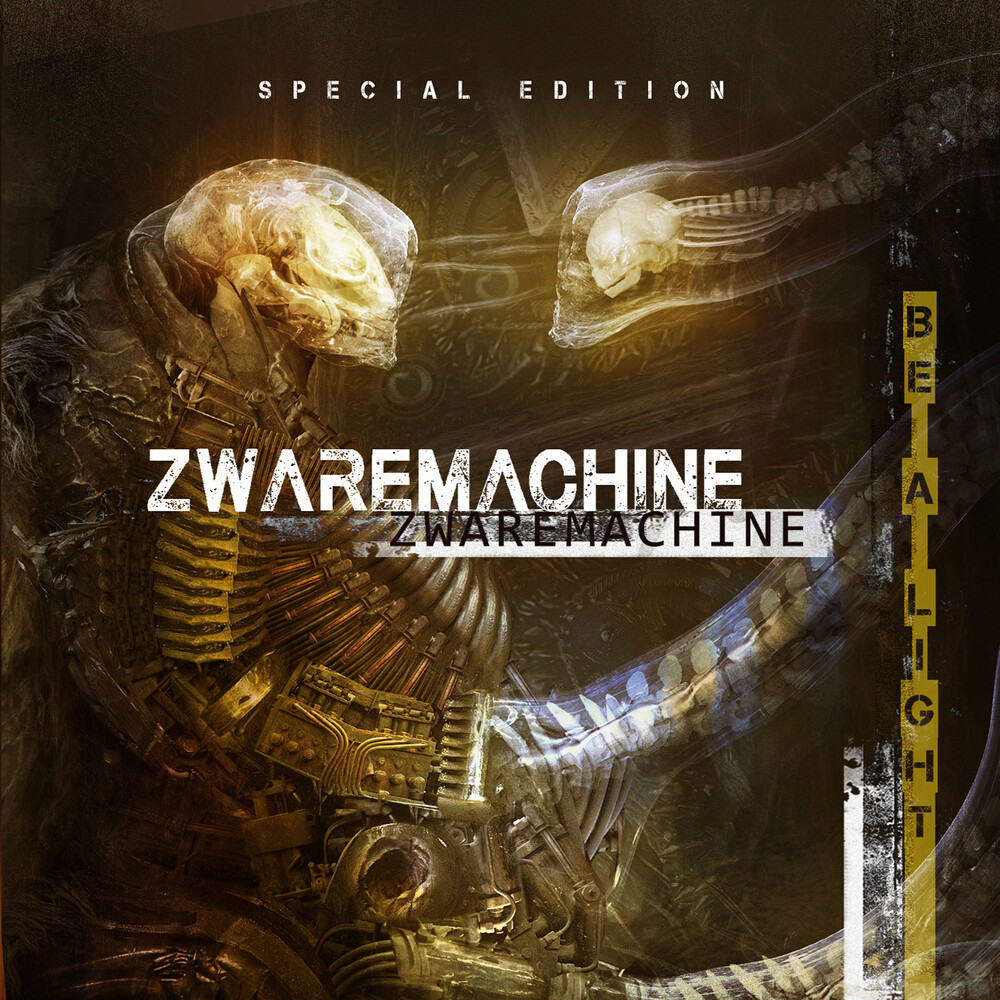 The decision to have a minimal approach to the music on "Be A Light" was about having spaces to let the reverb decay and that is why slower tempos on this album were chosen. Zwaremachine tried to maintain a tight focus on the sounds used and have driving bass-lines and hard quantized drum machines be the prominent part of each track. A lot of the sonic choices for drums and synth sound design were also a nod to the early '80s pioneers of EBM and electronic music, but with a more modern approach for the mixing and mastering. The title track Be A Light is a good example of the hypnotic feeling for the album with one verse and four choruses driving the listener to focus on the message. This track is also a rare bit of lyrical optimism for the group. The track is meant to be a chant or mantra that we can all sing together and share a brief moment of warmth in this cold dark world that is crashing in around us. The lyrics and music both hold equal value in the composition. The artwork on this release is very special and an important part of the vibe and world Zwaremachine have created. Leader Mach Fox fed off it for much of the lyrical inspiration. The album is a re-released version of the original Be A Light album but has been boosted by extra track and remixes by acclaimed Swedish producer Planktoon