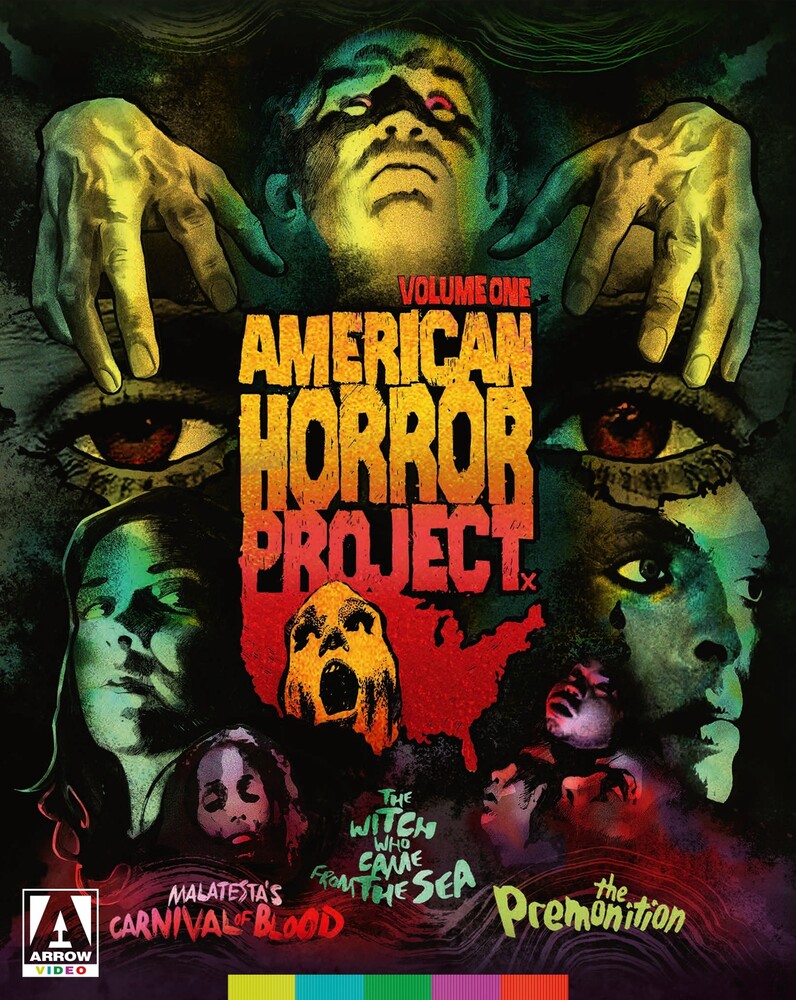 Everyone knows the classic American horror films. Night of the Living Dead, The Texas Chain Saw Massacre and A Nightmare on Elm Street, to name but a few. But we want to tell you a different story: a story of the unsung heroes of stars-and-stripes terror, films that have remained on the fringes of the genre either through lack of availability or else sheer obscurity. This is where American Horror Project comes in. Volume One of this series presents three tales of violence and madness from the 1970s. Malatesta's Carnival of Blood (Christopher Speeth, 1973) sees a family arrive at a creepy, dilapidated fairground in search of their missing son, only to find themselves at the mercy of cannibalistic ghouls lurking beneath the park. Meanwhile, The Witch Who Came from the Sea (Matt Cimber, 1976), stars Millie Perkins (The Diary of Anne Frank) as a young woman whose bizarre and violent fantasies start to bleed into reality - literally. Lastly, every parent's worst nightmare comes true in The Premonition (Robert Allen Schnitzer, 1976), a tale of psychic terror in which five-year-old Janie is snatched away by a strange woman claiming to be her long-lost mother. Remastered from the best surviving elements and contextualised with extensive supplementary material, American Horror Project proudly presents an alternative history of American horror and film heritage.Media