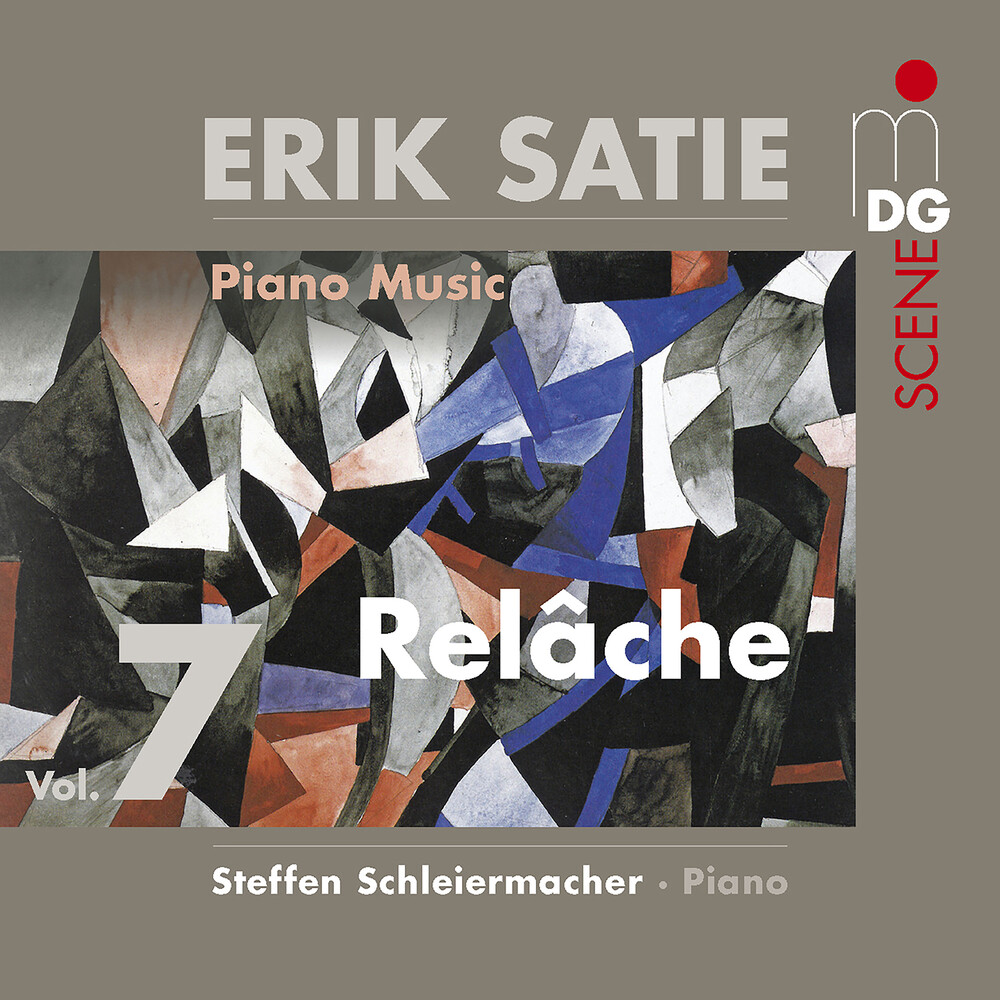 For Erik Satie, his whole life was a single theatre. Even his whimsical outfit was carefully staged: always the same suit, with melon and umbrella, but never unfolded to protect it. Steffen Schleiermacher now directs the spotlight on Satie's seventh series of piano works to his compositions for the stage, including Satie's last work ever, "Relâche", which brought together theatre, music and film in what was then a radically modern multimedia way. Steffen Schleiermacher is a pianist, composer, and festival and concert promoter. He studied piano (Gerhard Erber), composition (Siegfried Thiele, Friedrich Schenker) and conducting (Günter Blumhagen) at the Felix Mendelssohn Bartholdy Academy of Music in Leipzig from 1980 until 1985. He was master pupil for composition with Friedrich Goldmann at the Academy of Arts in Berlin during 1986/87 and for piano with Aloys Kontarsky at the Cologne Academy of Music during 1989/90. Steffen Schleiermacher has concertized as a soloist with the Gewandhausorchester Leipzig, Deutsche Sinfonieorchester Berlin, Münchner Philharmoniker, Orchestre de la Suisse Romande and other orchestras under Vladimir Ashkenazy, Friedrich Goldmann, Ingo Metzmacher, Wladimir Jurowski and Fabio Luisi. Schleiermacher's recordings amount to more than 80 albums.