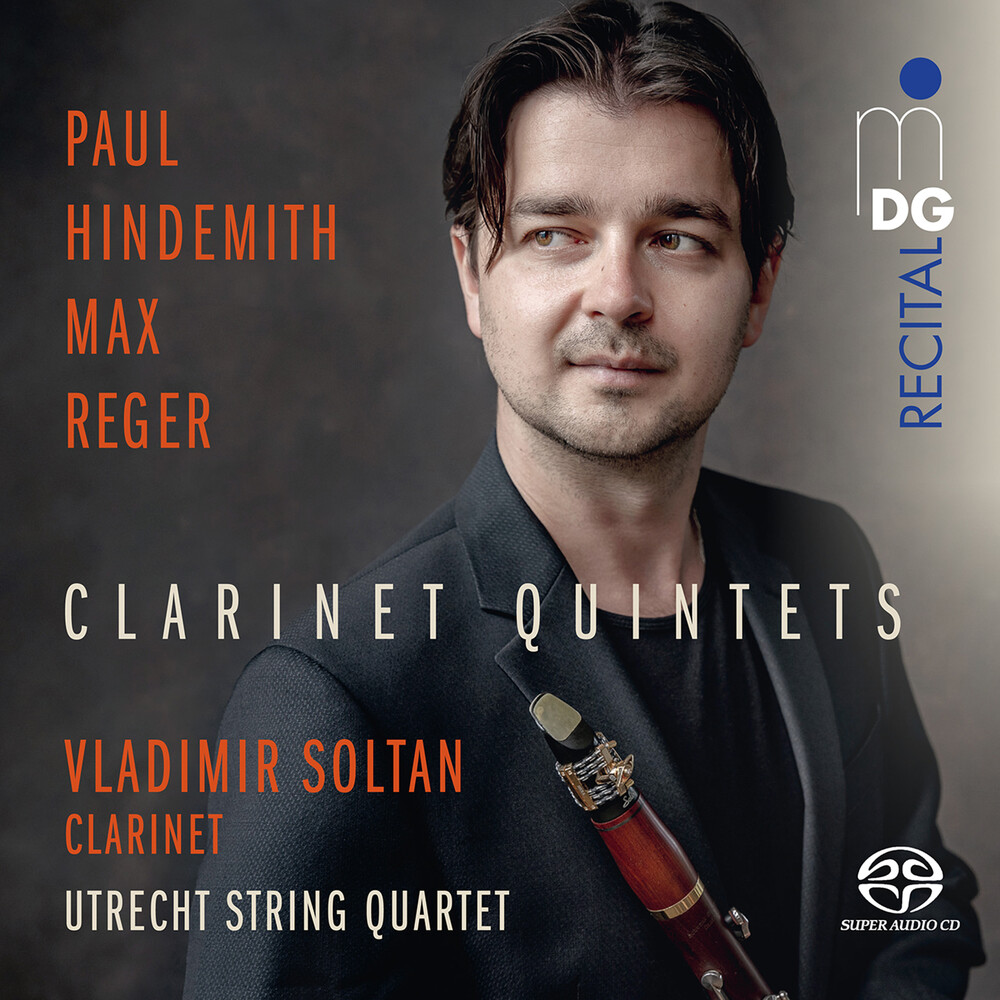 The Clarinet Quintet is Max Reger's last completed composition; he survived the mailing of the manuscript to his publisher by only a few days. Paul Hindemith's contribution to the same genre was written a few years later and is the daring work of a young iconoclast. Vladimir Soltan, together with the magnificent Utrecht String Quartet, unites these so contrasting works on a brand new album, which highlights the enormous stylistic range of the first decades of the 20th century. While Reger orientates himself on the great models Mozart and Brahms, whose quintets are still setting standards today, Hindemith rather refers to the tradition of the Divertimento. If Reger's work is laid out in classical four-movements, Hindemith presents five parts, whereby the last movement forms a note for note mirror-image version of the first. What a formal and technical stroke of genius of the 28-year-old! Hindemith composed his quintet without a score, directly into the parts - an intellectual masterpiece that confirms the young composer's planned approach. Remarkable detail: the premiere of both works was provided by clarinetist Philipp Dreisbach, in Hindemith's case with the Amar Quartet and the composer on viola. Vladimir Soltan, together with the Utrecht String Quartet, also manages this artistic balancing act with great mastery. The young Belarusian clarinetist is able to plumb the depths of the old work as well as to implement the carefree freshness of the new.