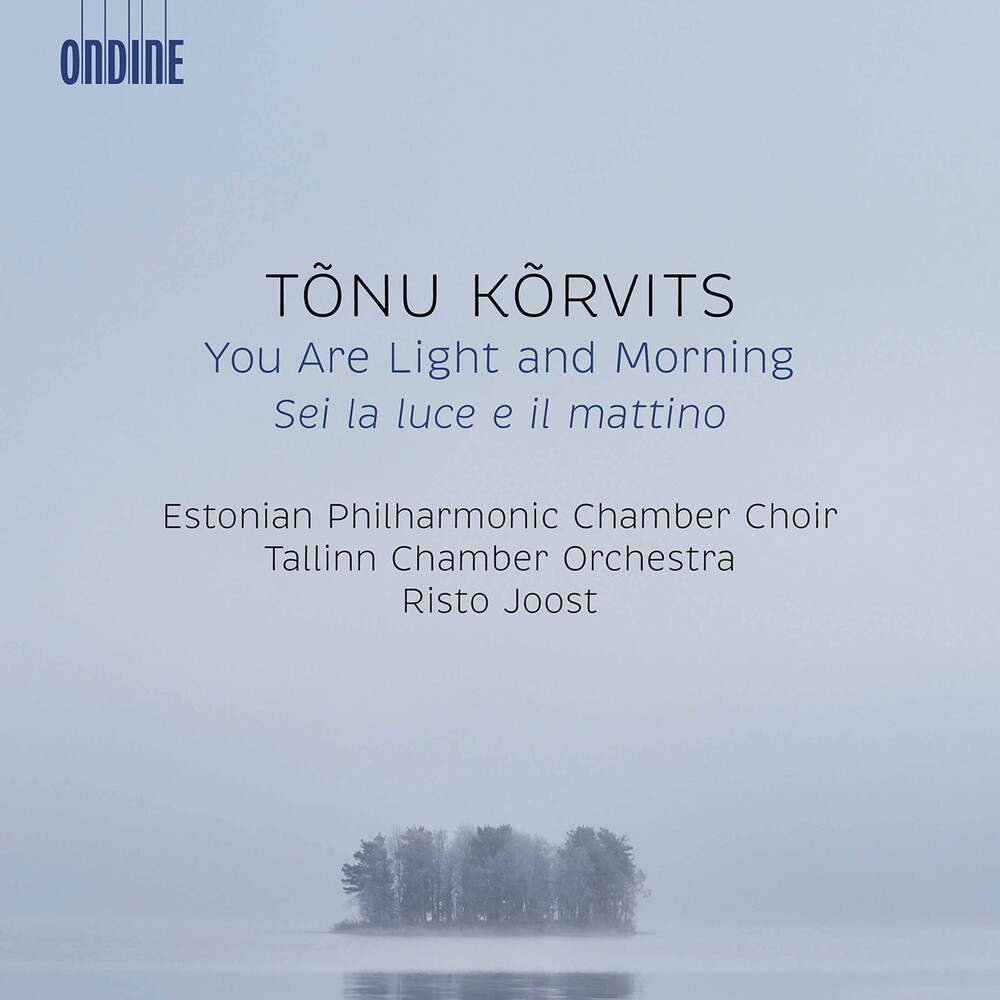 This new album by the award-winning Estonian Philharmonic Chamber Choir together with Tallinn Chamber Orchestra led by Risto Joost includes one of Tonu Korvits' (b. 1969) most recent works, You Are Light and Morning (Sei la luce e il mattino). Korvits, one of the most prominent Estonian composers of our time, has created an impressive 60-minute piece for choir and orchestra based on the poetry of 20th century Italian writer Cesare Pavese. The work was premiered by the choir and the orchestra under Risto Joost in Tallinn in June 2019 and was hailed by many as one of Korvits' greatest achievements. The Estonian Philharmonic Chamber Choir (the EPCC) is one of the best-known Estonian music ensembles in the world. The choir was founded in 1981 by Tonu Kaljuste, who was it's artistic director and chief conductor for twenty years. The repertoire of the choir extends from baroque to the music of the 21st century, with a special focus on the work of Estonian composers, such as Arvo PĂ¤rt, Veljo Tormis, Galina Grigorjeva, Tonu Korvits and introducing their output to the world. The choir has won the Grammy Award twice and has received 15 Grammy nominations. Other awards include the Gramophone Award, the Diapason d'Or, and Preis der Deutschen Schallplattenkritik.