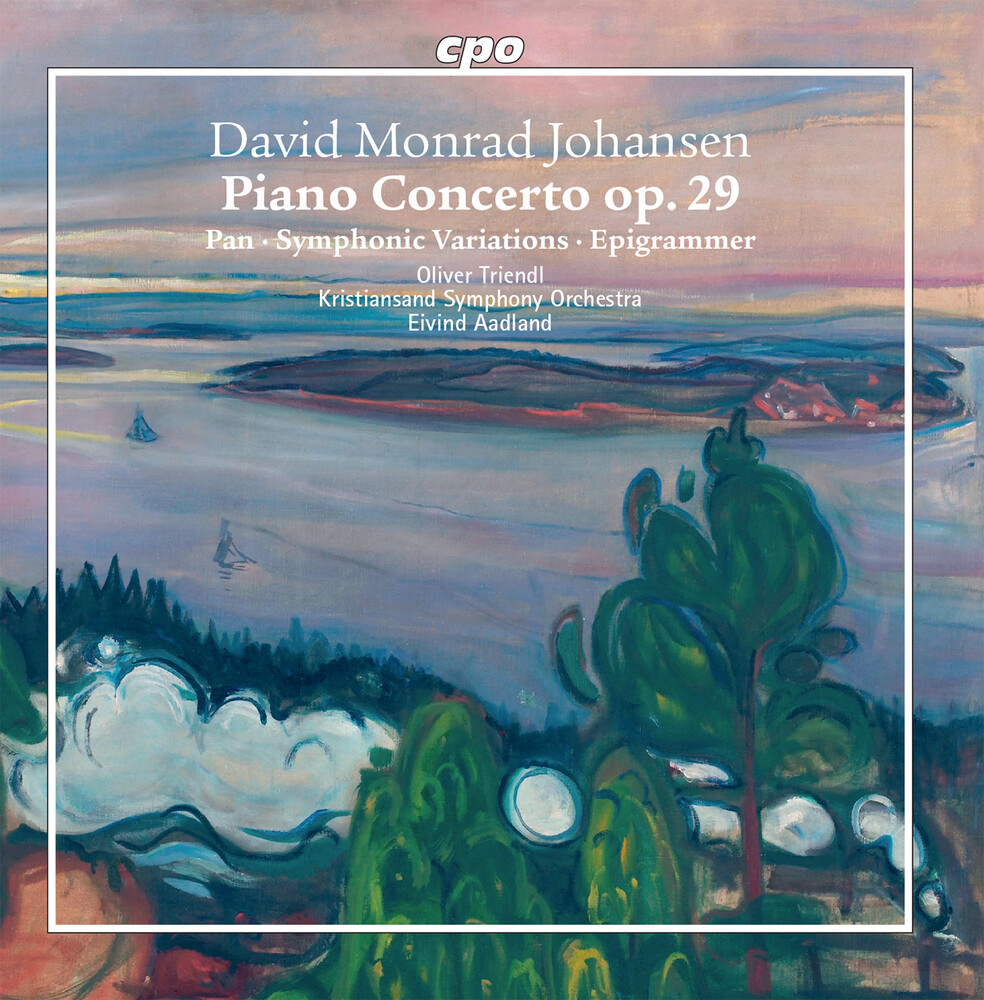 David Monrad Johansen's catalogue of works displays a mere thirty-six opus numbers as well as a dozen unnumbered compositions from various periods. The Epigrams on Norwegian motifs form his last lengthier composition as well as one that is more clearly related to Norwegian folk music than the other works recorded here. Monrad Johansen harmonized the given melodies in his characteristic manner while above all ennobling them with the tender colors and sumptuous fireworks of his detailed orchestration. However, it is first and foremost in his successful Pan op. 22 symphonic music that he exhibits his mastery in orchestral coloration, which in part may have it's model in Richard Strauss but also follows the French impressionists, so that it stands at the intersection of the various influences and imprints in his oeuvre. The Symphonic Variations and Fugue op. 23 (1944-46; rev. 1959 and 1964), more than Pan and it's equal portions of German and French influence, are related to Monrad Johansen's German education and exhibit many neoclassical elements, so that here Max Reger and Franz Schmidt come to mind, in whose music great variation works with fugues stand out for their tradition-forming function. Already at the beginning of his artistic career Monrad Johansen distinguished himself as an outstanding pianist, and at the latest since his Paris stay in 1927 he was drawn to the idea of composing a concerto, but nearly three decades would pass before this plan became a reality. In it's general outline the concerto displays the traditional three-movement structure and classical formal models. However, what particularly stands out is the dramatic alternation between the piano part, which is maintained in virtuosic style throughout, and the contributions by the orchestra.