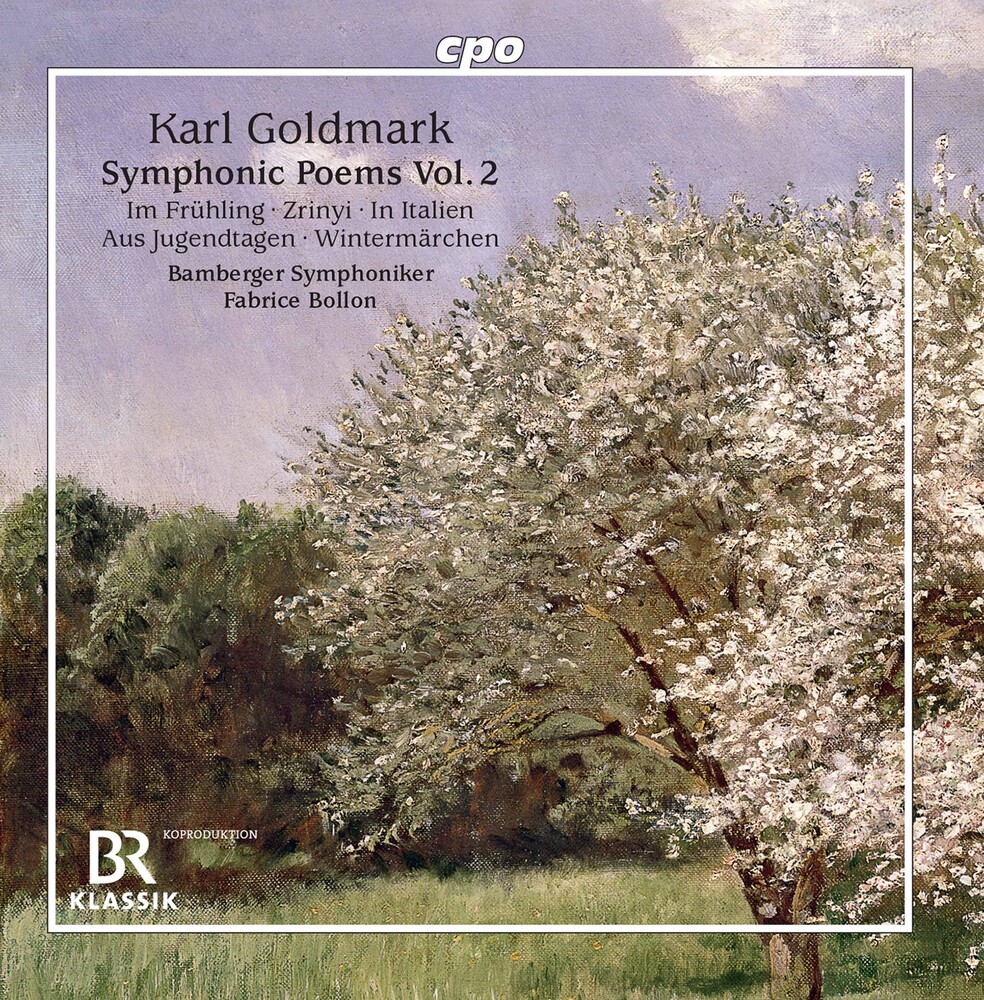 Carl Goldmark was not a symphonist - and that is no secret. His few attempts in this field - an early work, in part lost, and his second symphony, his op. 35, did not add up to much, and the Ländliche Hochzeit, to which the generic label »symphony« was assigned, does nothing more than confirm that this master of orchestral colors was above all good at atmospheric and character pictures. Goldmark very evidently needed a programmatic or dramatic "pretext" in order to rise up to his creative best, which is why he was able to gain the greatest fame and to score his most important successes with his stage works (tops here: Die Königin von Saba) as well as with his concert overtures. As he himself said, a change of milieu was good for his powers of inspiration, and so he repeatedly sought out extremes while selecting his materials and subjects. Accordingly, this new album with the Bamberg Symphony and the conductor Fabrice Bollon is also a "composite": it complements Vol. 1 (555 160-2) with a program including the three mirthful overtures I'm Frühling (In the Spring), In Italien (In Italy), and Aus Jugendtagen (From the Days of Youth), the preludes to his last two operas, Götz von Berlichingen and Ein Wintermärchen (A Winter's Tale), and a special rarity in the form of the symphonic tone picture Zrinyi - a musical monument to this Hungarian-Croatian national hero and a work with which Goldmark wanted to express his gratitude to his home Magyar territory.