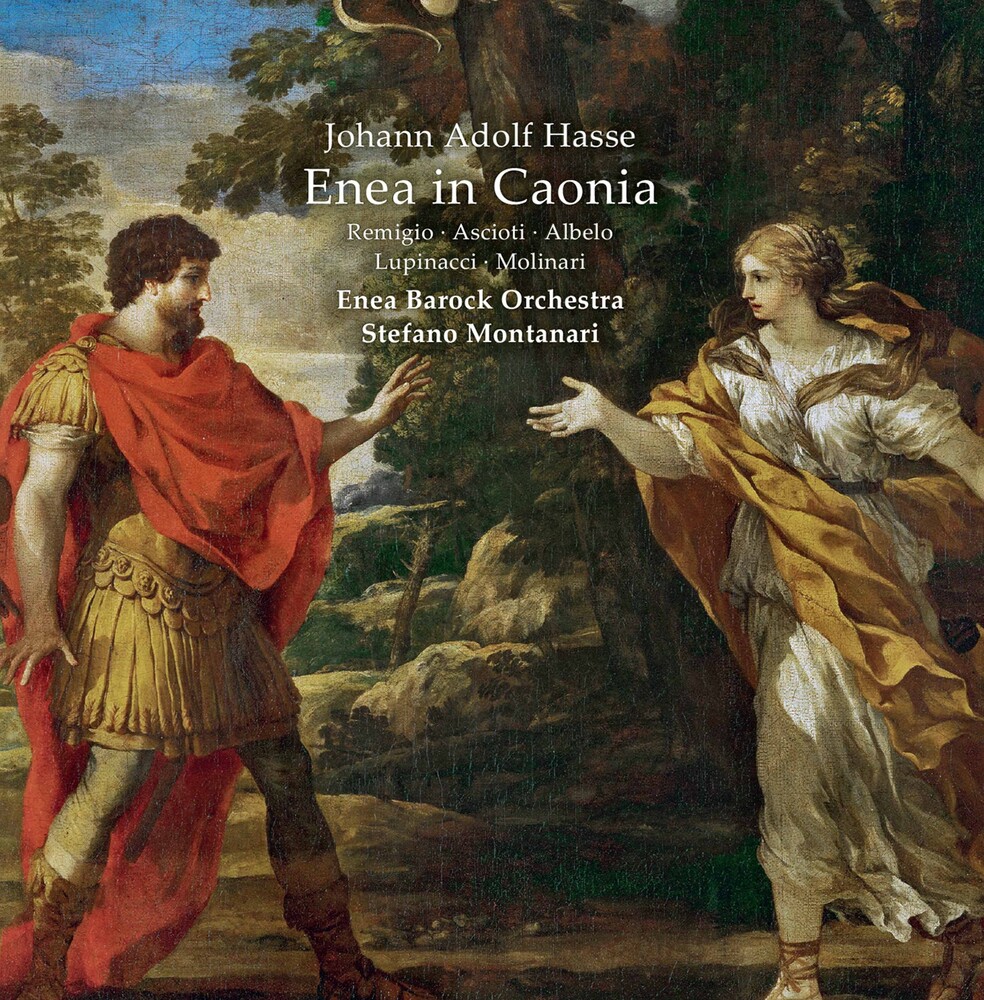 The Enea Baroque Orchestra, founded by the mezzo-soprano Francesca Ascioti in 2018, is currently regarded as the best Roman Baroque authority because of the high quality of it's musicians. On this album the ensemble turns to Johann Adolf Hasse's masterpiece, the Neapolitan Baroque opera Enea in Caonia (Aeneas in Chaonia), a genuine gem within the genre of the serenata. The libretto was inspired by Book III of Vergil's Aeneid, the most famous epic poem in Latin literature. It was very fortunate that Hasse and Aeneas "crossed paths" in Italy, for both of them a new adoptive home, and breathed new life into this work. It was from Italy, where Hasse composed this work at the young age of twenty-seven, that he went on to become one of the most popular and most sought-after opera composers of his times - not only in Italy but throughout Europe. We have obtained the services of the excellent Italian violin virtuoso and conductor Stefano Montanari as our principal conductor, and he will also lead this first complete recording of Enea in Caonia.