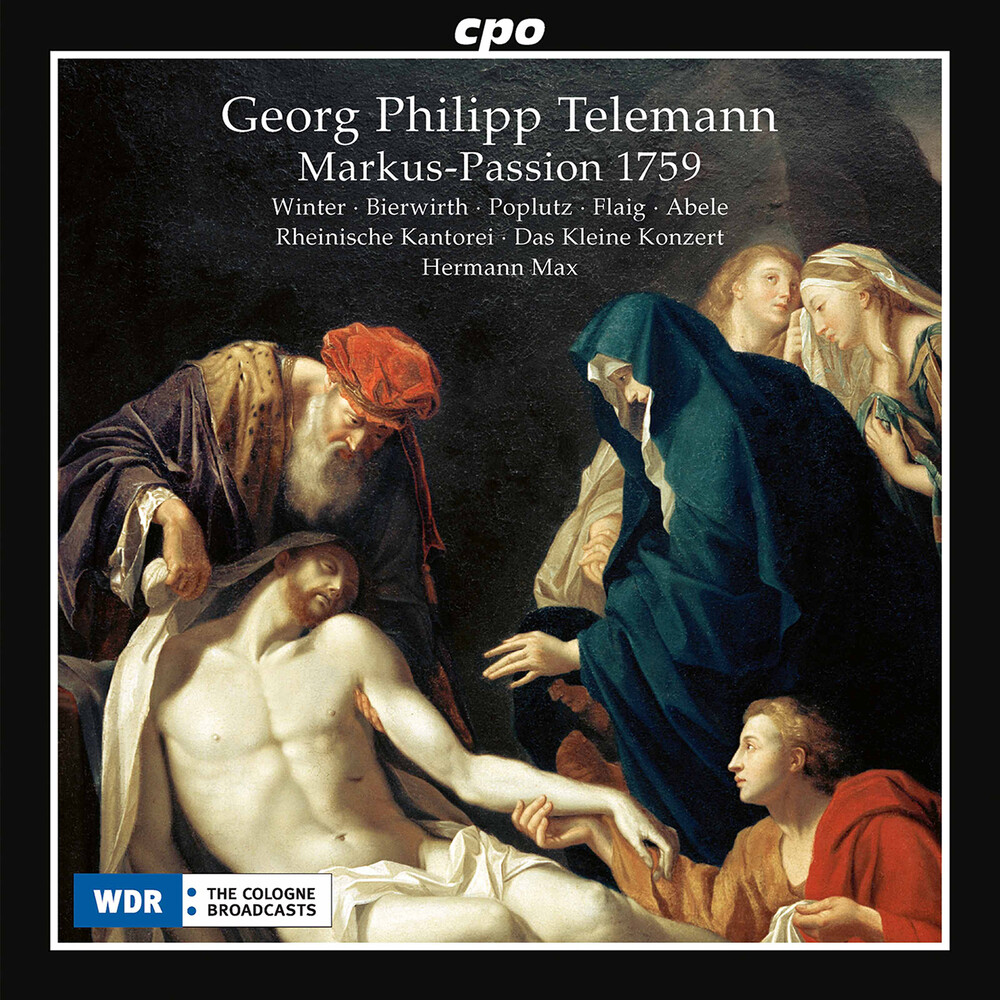 A previously unknown contemporary score of the St. Mark Passion falsely ascribed to the Magdeburg music director and composer Johann Heinrich Rolle recently came to light in the Library of the Royal Conservatory in Brussels. On the basis of the new identification of the copyist's hand, a largely original version of Georg Philipp Telemann's St. Mark's Passion of 1759 is now available today, and it is on this version that this recording draws. Freshly penned "poetical reflections" were added to the Evangelist's text. The anonymous, theologically educated author of these reflective arias and accompagnati, who in consultation with the composer also chose the selection of church songs and designed the overall structure of the libretto, coordinated the sacred message of the text with a finely calculated affective dramaturgy. The various affective areas developed by the composer are in each case modeled on the situations depicted in the recitatives. Here extremely harsh affective contrasts could exist side by side within a single aria. Moreover, in Telemann's accompagnati his dramatic depictive artistry is even more apparent than in the arias. Remarkably, for the Evangelist's part the recently discovered source prescribes a male alto, not the otherwise customary tenor. This is not a unique case; in his other Passions composed between 1758 and 1766 Telemann also uses voices other than the tenor for the narrator's part. The reasons for this departure from the norm are uncertain. All that we know is that during this period Telemann experienced some difficulties with his new tenor Wilhelm Jacob Credius (1724-78). However, it is also known that Carl Philipp Emanuel Bach, Telemann's successor as music director, assigned the Evangelist's part to various voice registers. For the present recording Hermann Max decided to transpose the alto part down by an octave into the baritone range, as Georg Michael Telemann, the composer's grandson, had done in his version of the work.