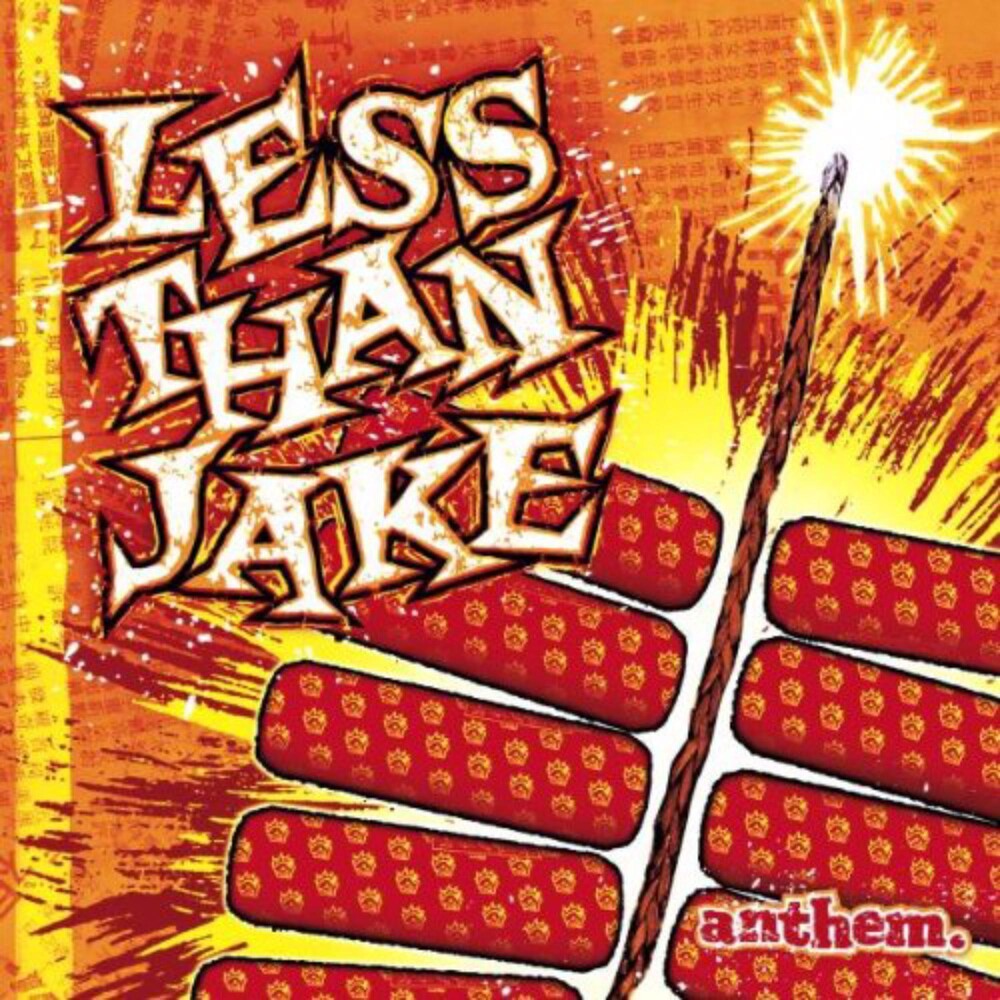 Limited yellow and red colored vinyl LP pressing. Anthem is the fifth studio album by American ska punk band Less than Jake, originally released on May 20, 2003 on Sire Records. Produced by Rob Cavallo, the album was preceded by the single "She's Gonna Break Soon", and was the band's most commercially successful album to date, reaching number 45 on the Billboard 200. It is the first of the band's albums to feature saxophone player Peter "JR" Wasilewski since he joined the band in 2000.