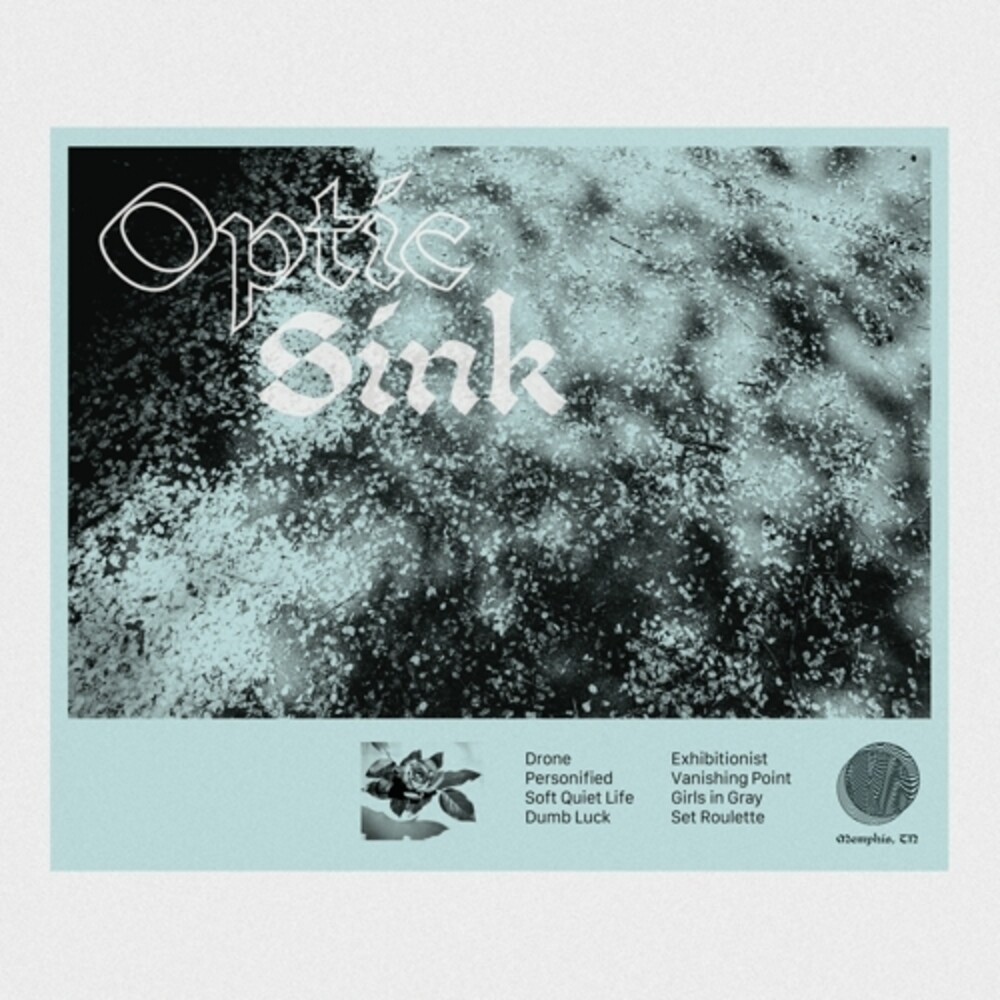 With Optic Sink, Natalie Hoffmann (NOTS) creates a musical paradox: an endeavor that doesn't really seem to belong to any particular time or place, constructed with sounds that are synthesized and stripped down, yet bristling with urgency and brutalist emotion. The project took shape in 2018, when NOTS were on a break to write and woodshed music for 3, and Hoffmann began experimenting on her four-track recorder. Optic Sink surfaced as a performance soon after, appearing at bars, venues and festivals, including Memphis ConcrĂ¨te and SXSW.Hoffmann drives Optic Sink in live performances and on the self-titled debut album, with percussionist Ben Bauermeister (Magic Kids, Toxie, A55 Conducta) collaborating from the co-pilot's seat. Setting up camp on the post-punk side of the minimal electronic scene, Optic Sink eschew computers for a warmer, decidedly human soundscape. Hoffmann's power, and the tension she generates between human and machine, evokes Maria, the rebellious teacher-turned-Maschinenmensch in Fritz Lang's Metropolis, and Ripley, the swaggering, sacrificing heroine of Ridley Scott's Alien franchise. Dadaism and the Bauhaus movement could both be cited as influences; so might the existentialist philosophy of Simone de Beauvoir and the jump-cuts of Maya Deren.Written over a two-year period, the eight songs that comprise Optic Sink sound like they should've been recorded in a bathysphere or on a space station-instead, they were captured via analog tape at Andrew McCalla's Bunker Audio studio in summer 2019. Bauermeister's inventive aux percussion and drum machine work provides the backdrop, while Hoffmann stokes a proverbial furnace in the foreground, dryly revisiting and repeating words and phrases until they're imbued with portent. Hoffmann's synthesizers add texture with growls and shrieks, often mutating danceable rhythms into shimmering walls of sound. Optic Sink defy categories, shape-shifting from cold wave to psychedelia to distorted noise rock. In the process-which frequently occurs in a single song-Optic Sink claim unchartered territory as they cathartically fragment and reassemble sounds, concepts, and verbal constructs. The conflict they define is life in America in 2020, finding beauty in the journey despite what the final resolution might be.