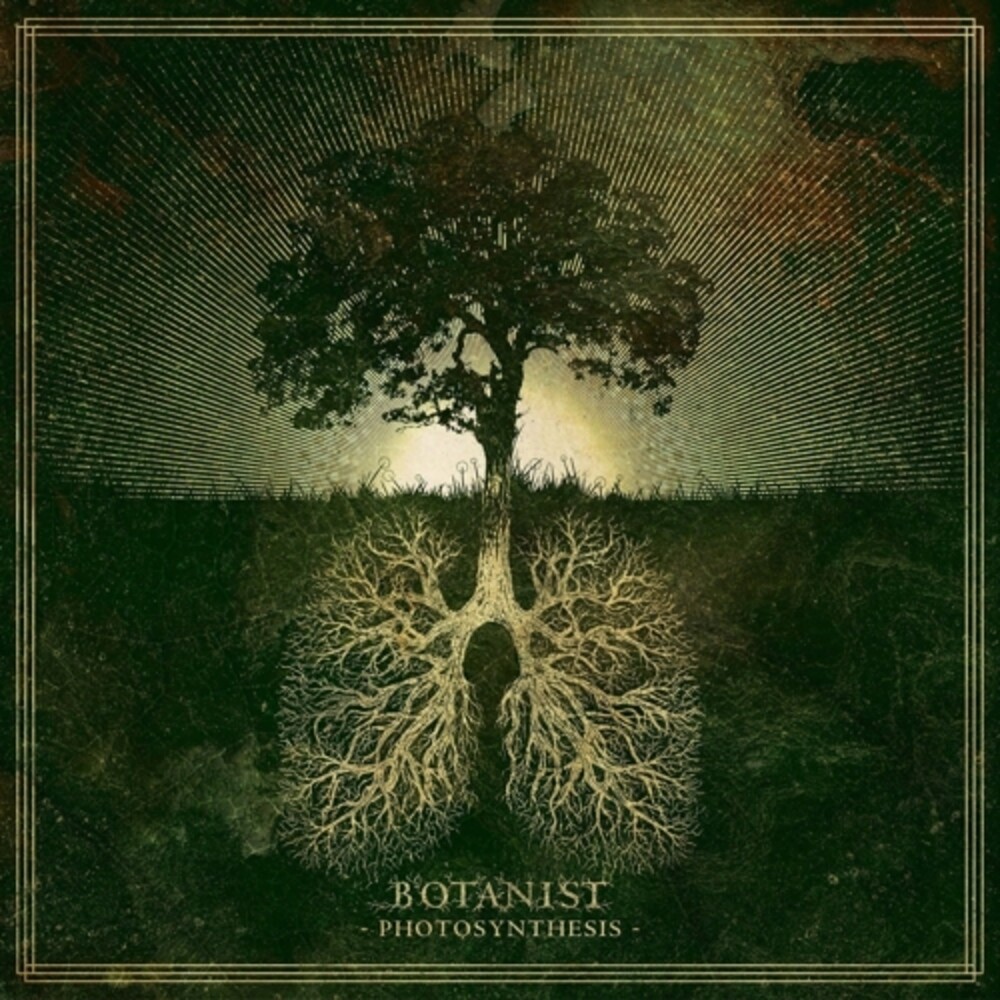 Photosynthesis is a concept album about how plants convert sunlight into energy, how they transform carbon dioxide into the oxygen that all fauna need to breathe. The album's eight tracks each deal with an aspect of photosynthesis, from the macro "Water" to the micro "Palisades," which reflects the theme of botanical lungs on a microscopic level. The album culminates with "Oxygen," holding high the imagery of "Verdant Alveolus Diaspora," the album's core visual theme, depicting the world's forests as a functioning lung system's individual cells, scattered throughout the globe. Photosynthesis is the fourth "collective" album in Botanist's greater discography, meaning it is composed of a group of individuals. Band originator Otrebor (hammered dulcimers, vocals, keyboards) composed the music and lyrics to the drums of returning member Daturus (Botanist's live drummer since 2017, who played on 2019's Ecosystem) and new bassist Tony Thomas.Photosynthesis sees Botanist returning to The Flenser stable, whose partnership yielded three albums, including 2014's VI: Flora, perhaps the project's most noteworthy work.This release was recorded in the Verdant Realm in California. The album production was handled by Dan Swanö, a musician whose legend is equally for his enormous contributions to the Swedish melodic and progressive death metal scenes in the '90s and '00s, as he is for his output of top-shelf album productions from his Unisound studio. The application of Swanö's creative genius in more artistic, avant-garde areas of the metal spectrum is a match of dreams for Botanist, resulting in an album that achieves a new level of the project's expanding vision with production excellence.