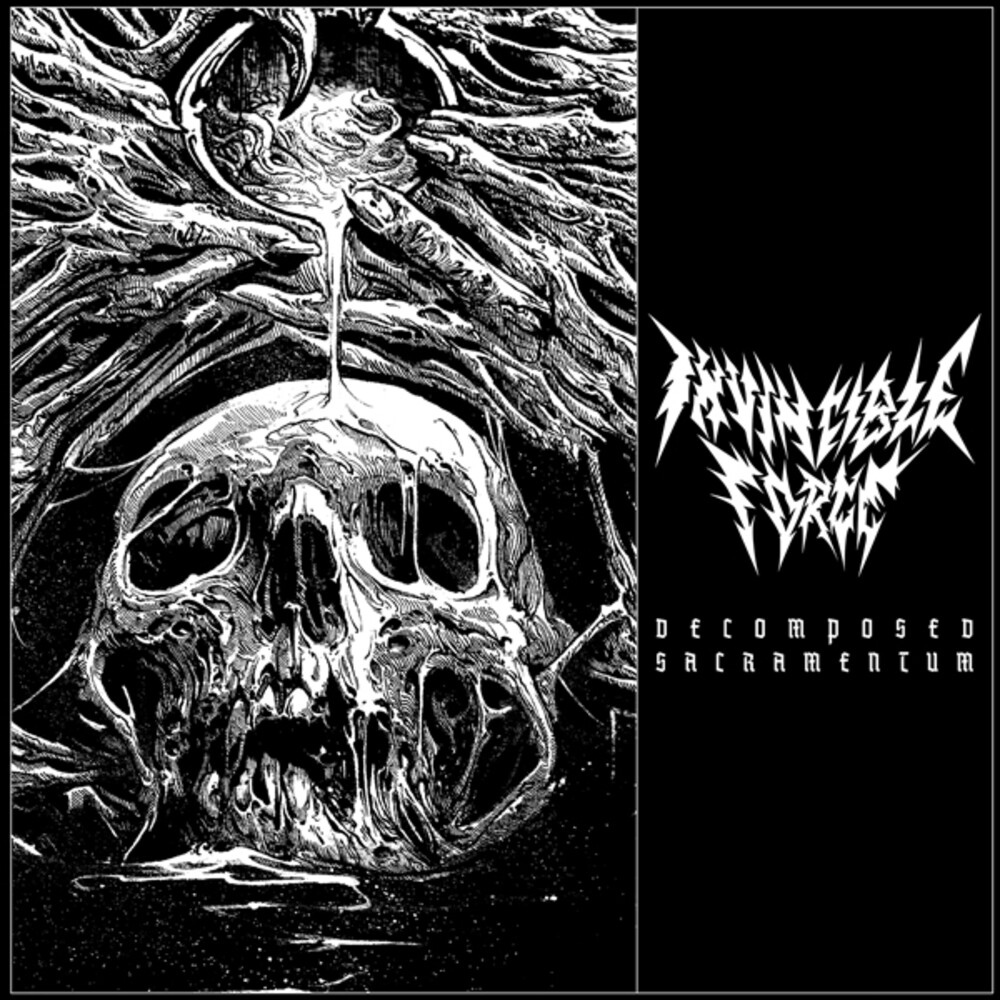 A relentless whirlwind of proto-death, hysterical thrash and demonic atmosphere full of riffs and blast beats worthy of Morbid Angel Abomination Of Desolation-era or Incubus. Invincible Force have come of age, blasting heaven's gates wide open in the process... and there shall be no prisoners. Decomposed Sacramentum is perfectly illustrated by the bleak black and white cover artwork designed by David Jorquera. "Despite having been a band for thirteen years, Invincible Force's music offers up a youthful exuberance reminiscent of the Brazilian thrash scene in the '80s, but with a more modern production. This album would absolutely have been the soundtrack to a basement party full of thrash kids in denim jackets crushing cheap beer as their white high-tops became a blur of circle pits." -Your Last Rites