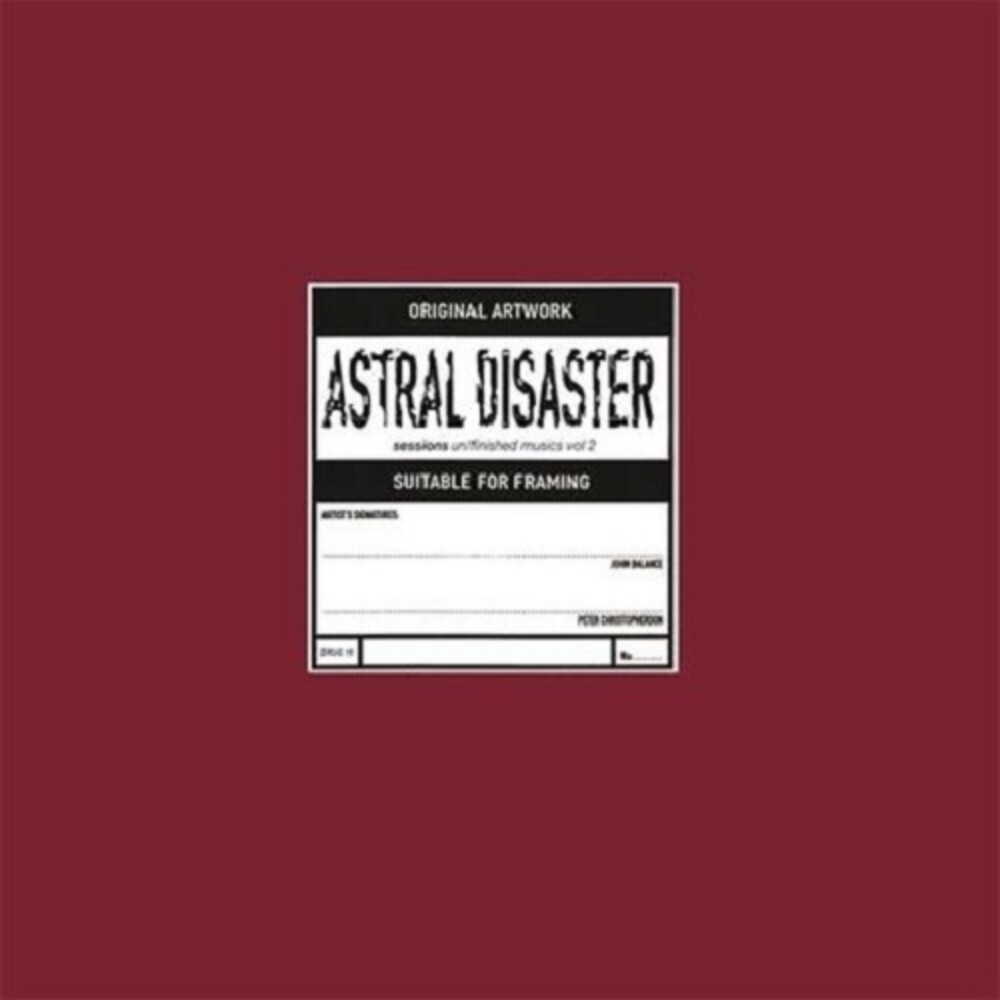 These rare recordings were recorded as part of the legendary Prescription label subscription-only album series in the late 1990's that resulted in the 'Astral Disaster" album. Halloween 1998: Coil were invited to record at Sun Dial's studios beneath the London Bridge Hop Exchange-a studio first know as Samurai Studios, originally built and owned by Iron Maiden. The premises in Victorian times had been a debtors prison, with three underground levels-and the original chains, manacles and wrought iron prison doors. This caught the attention of John Balance, who was very keen to record there. With Gary Ramon's help, Coil developed a number of tracks, some of which resulted in the 'Astral Disaster' album. But there were other tracks recorded during those Halloween sessions, including the recordings on this very limited LP release, 'Astral Disaster Sessions Un/finished Music Vol. 2." The album includes all previously unissued mixes and alternative versions, and includes 'The Mothership,' which was the first version of a track which was later remade and re-named during the sessions as 'The Mothership and the Fatherland.' Review of the first volume of "Astral Disaster Sessions Un/finished Musics": 'Coil's unearthly garden continues to bloom posthumously with the Astral Disaster Sessions - including a whole bunch of previously unreleased and rare cuts from the Un/finished Musics recordings finally seeing the light of day, transferred from analogue tapes. On the A-side you'll now find swirling raga-noise meditation The Sea Priestess (Early Mix) next to a sublime, previously omitted Part 2 tract of The Mothership and the Fatherland, and a skinnier, plasmic Alternative mix of The Avatars, but we imagine the big attractions for Coil fiends will be the Instrumental mix of I Don't Want To be the One, which was previously only found on a rare 1999 promo-only Prescription sampler, and most particularly the ghostly and invasively psychedelic 14 minutes of Cosmic Disaster, which was the original working title for Astral Disaster, and has never been released on any format.' -Boomkat