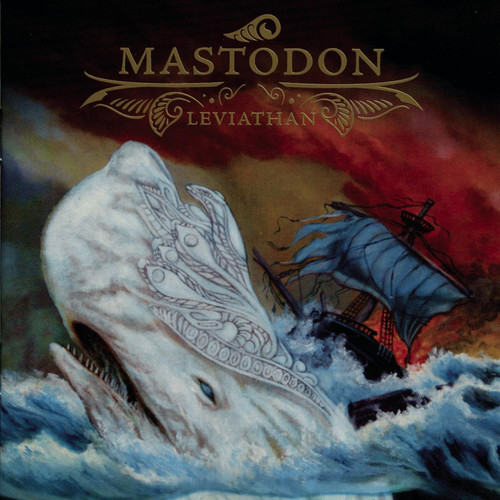 ''Leviathan'' is a concept album by progressive metal band Mastodon, released in 2004 by Relapse Records. The album is based on the Herman Melville novel ''Moby-Dick'', with the songs: "Iron Tusk", "Blood and Thunder", "I Am Ahab" and "Seabeast" released as singles. Three magazines awarded it ''Album of the Year'' in 2004: ''Revolver'', ''Kerrang!'' and ''Terrorizer''.

''Leviathan'' was also released with an Audio DVD in a limited edition set with a black and gold slipcase. The album brought Mastodon great critical acclaim and, thanks to the ensuing tour, a considerably larger fan base. ''Leviathan'' had sold 103,000 copies by September, 2006. Guitarist Bill Kelliher considers this album to represent the water element. - Wikipedia