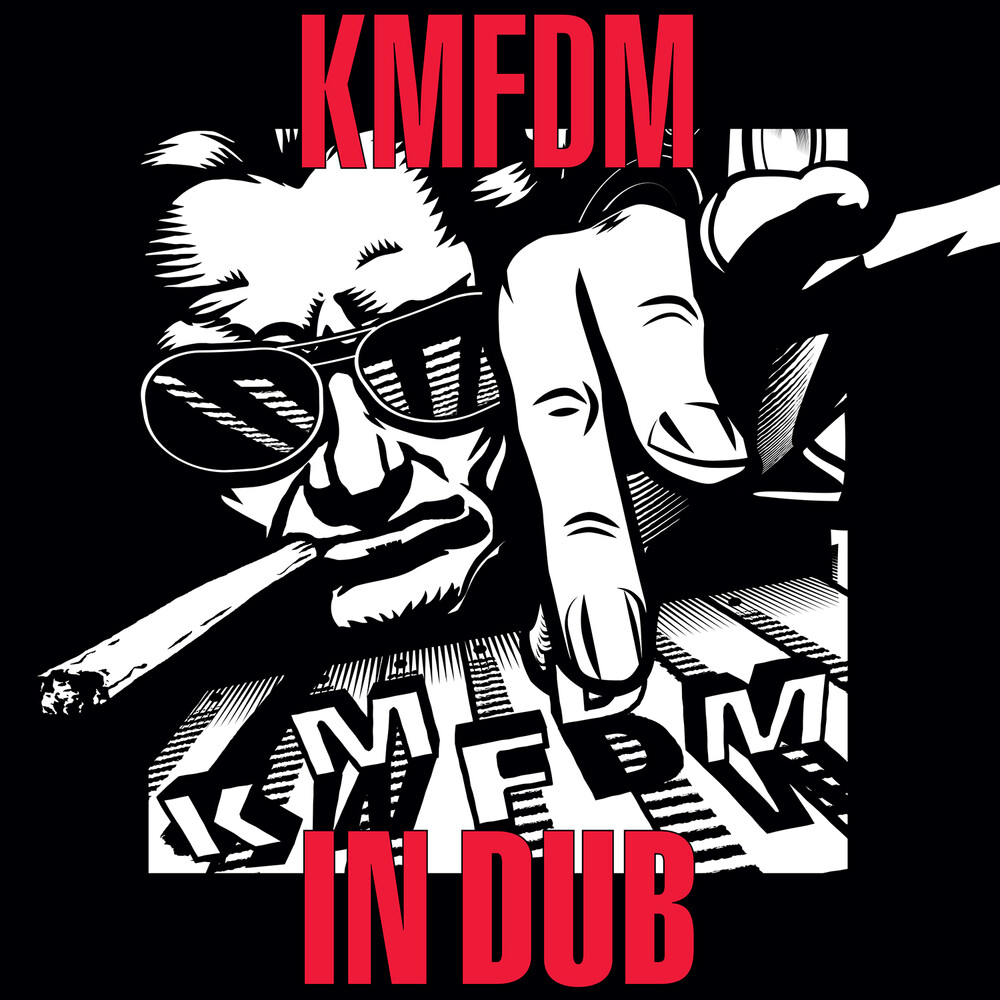 KMFDM IN DUB - reinterpreting KMFDM classics into a blistering display of chilled out grooves & spaced out atmospheres. - Since it's formation in 1984, KMFDM has been regarded as one of the driving forces in industrial/rock. But the band has always incorporated elements of many musical styles to create it's trademark Ultra Heavy Beat. 2019's PARADISE proved this, exhibiting the heaviest infusion of funk & dub sounds the since such landmark albums as 1988's UAIOE & 1990's NAIVE. Now KMFDM takes things to the next level with IN DUB, reinterpreting some of the group's best known songs of it's 35 year career into a blistering display of chilled out grooves & spaced out atmospheres. The world is held in the tightening grip of sociopolitical upheaval, so it's fitting that Sascha 'KĂ¤pt'n K' Konietzko should reach back to KMFDM's earliest roots in dub to present a fresh take on what it truly means to 'Rip the System!' 'Everything old is new again,' sings Lucia Cifarelli on 'Real Dub Thing,' perfectly defining the power of IN DUB. Mosh pit anthems re-imagined into meditative grooves, laden with horns, organs, & slithering bass lines as on 'A Dub Against War,' 'Hau Dub,' & the opening 'Dub Light.' Andrew 'Ocelot' Lindsley's incendiary rapping on 'K M F Dub' & Cifarelli's vicious, vivacious vocals shine 'Superhero Dub,' 'Amnesia Dub,' & especially on the in-your-face electrified sonic assault of 'Rebelz Dub.' Andee Blacksugar's guitar textures & angular solos give IN DUB an extra dash of audio intrigue, making this KMFDM's most unique outing. With a long history of addressing political issues & encouraging social revolution IN DUB proves that KMFDM remains as powerful a voice for rebellion as ever. Angry, hopeful, tranquil, energetic, IN DUB is no mere remix album.