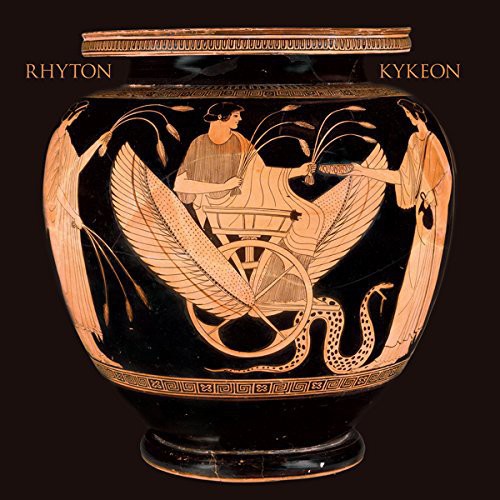 Rhyton is a group of experienced sonic voyagers, well versed in music both ancient and futuristic and wise enough to know that the distinction between the two is more subjective than one might initially be taught. They take ancestral forms, instrumentation and scales, primarily sourced from Middle Eastern and Greek traditions, and incorporate them into the context of scorching improvised rock. Their music is defined by divine mixture: electric and acoustic sources meld to form one sound, and when Rhyton plays, they play as one mind. The trio on Kykeon, their third album is David Shuford (aka D. Charles Speer and of No Neck Blues Band), Jimy SeiTang (Stygian Stride) and Rob Smith (Pigeons), each member providing essential building blocks for the interplanetary vibrations they conjure as a whole.