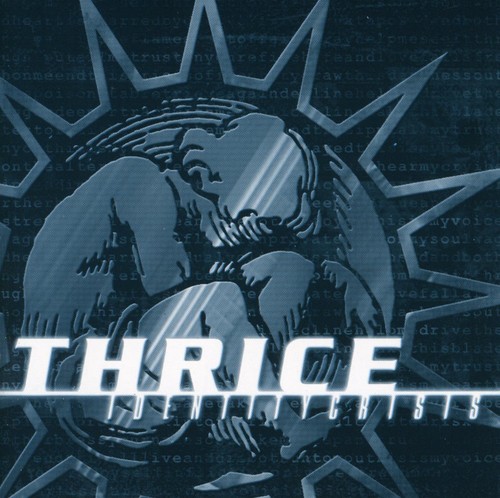 ''Identity Crisis'' is the debut album by American rock band Thrice, originally released on Green Flag Records in 2000, then re-released in 2001 by Sub City, a branch of Hopeless Records.

A portion of the proceeds from Identity Crisis went to the charity "Crittenton Services for Children and Families". Thrice's previous recording, the limited self-released First Impressions EP (1999), also featured a version of "T & C". The album was recorded and mixed at ''For the Record'' in Orange, California. The song "Madman" is only featured on the original release.

The album was reissued for the first time on vinyl on April 21, 2010. The limited edition release of 1000 was released by Animal Style Records of Anaheim, CA under license from Sub City/Hopeless, and consists of 100 copies on black vinyl, 200 copies on white vinyl, 300 copies on green vinyl, and 400 copies on blue vinyl. - Wikipedia