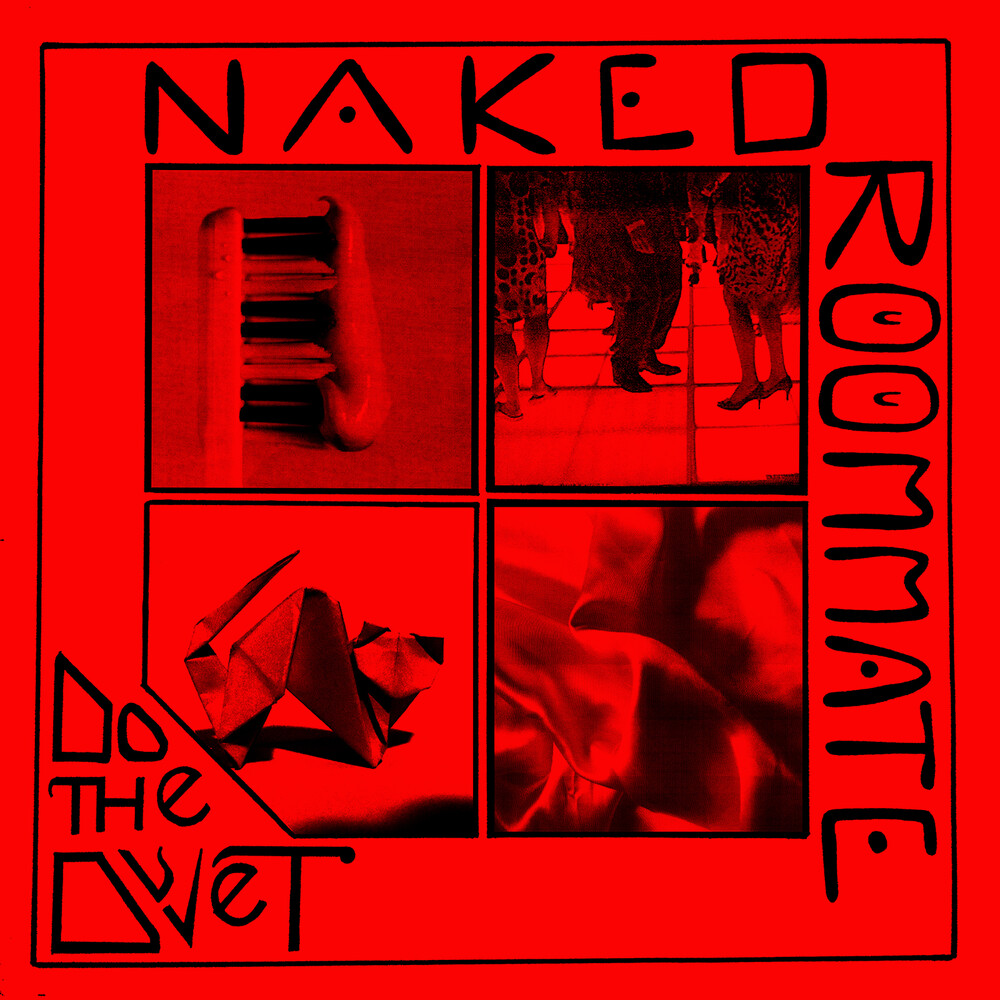 Oakland group Naked Roommate began as a side project while the duo of Amber Sermeńo and Andy Jordan were on a break from their band, The World. Not content to lie dormant while the creative juices were flowing, they recorded a set of tunes in their home studio that would make up their self-released 2018 cassette. Those six tunes rooted around in the same musical slop The World enjoyed; skeletal, danceable post-punksprinkled with a smirk of humor and playfulness, but they became the genesis and jumping off point for Naked Roommate's debut album "Do The Duvet". Trouble In Mind is honored to release the North American version of Naked Roommate's debut (U.K. label Upset The Rhythm will release the album in the UK/EU and elsewhere) Newly expanded to a quartet - including guitarist/synthesist Michael Zamora (Exit Group/W0rk/ BAd BAd) and bassist Alejandra Alcala (Blues Lawyer/Preening), the group explores the danceable, electronic side of the "post-punk" spectrum on "Do The Duvet". The ideas sketched out on the debut cassette (particularly the second half's gurgling electronics-laced tunes) come fullyformed, absorbing elements of house music, DIY post-punk and dub. The undeniable influence of forbearers like ESG, Liquid Liquid and A Certain Ratio, as well as more modern interpreters like Sneaks or Anika are awash in "Do The Duvet" (the album's title itself is a pun on ACR's "Do The Du"). "Mad Love"s pulsing throb kicks off the album, attaching a heartbeat to the dance floor, and setting the tone for the album to follow. Elsewhere, "We Are The Babies" and "Fondu Guru"s addictive bop exude a confidence and flirtatiousness that belies their come-hither cheekiness with both a wink and a shove. Meanwhile elements of dub music creep into "Fill Space", a slinky number that would make Vivien Goldman jealous, and wouldn't sound out of place on On-U Sound's legendary stable of forward-thinking, dub-inflected dance music. "Do The Duvet" really shines when the group hits the dance floor and lets the synthetic thump of the rhythm section take the wheel on songs like "Je Suis le Bebe", "Repeat" and "(Re)P.R.O.D.U.C.E.". This is "disco (not disco)" using an addictive synthetic throb designed to get the party moving, but lacing the lyrics with big picture ideas of (the futility of) capitalism, reality (real or artificial), reproduction and identity. Naked Roommate are here to make you move, but they want you to think about it first (or not). Trouble In Mind's North American version of "Do The Duvet" is released on vinyl-only (with a limited "cherry red" version available while supplies last), and made available digitally via most streaming platforms.