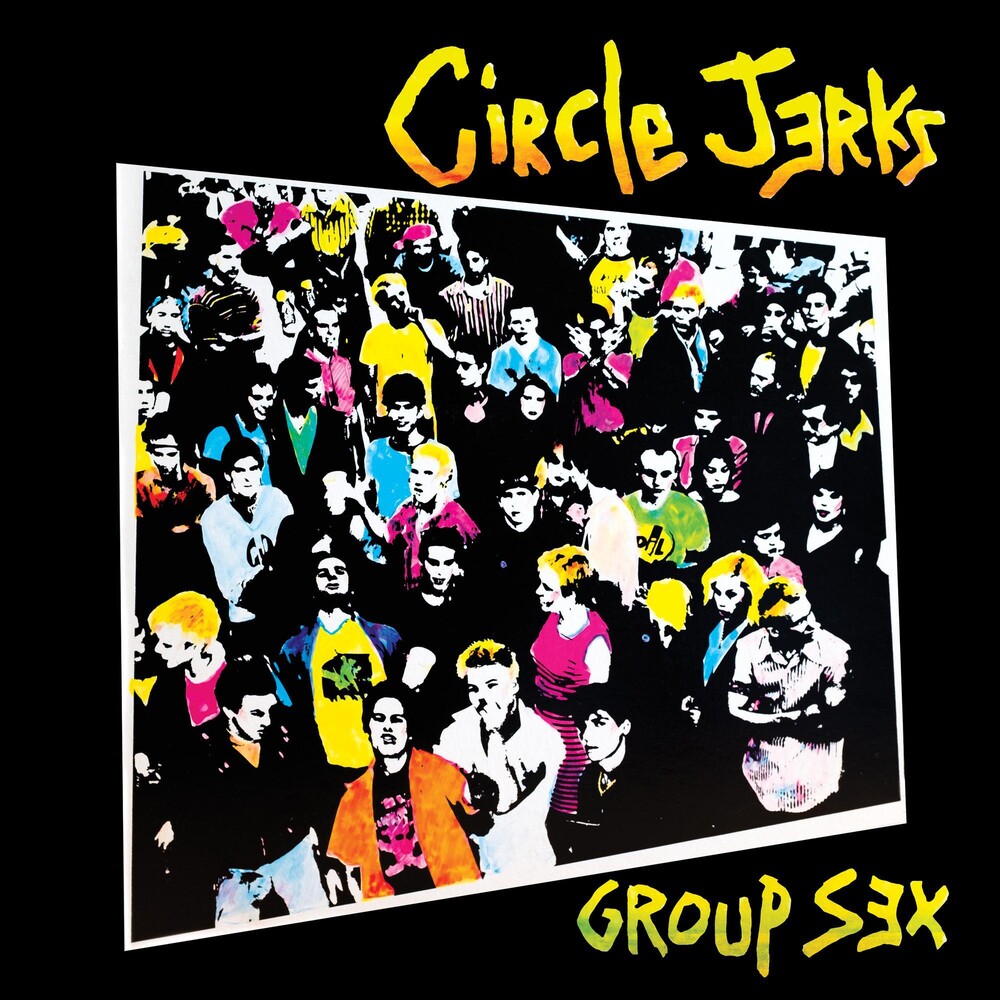 Vinyl LP pressing. Circle Jerks were an American hardcore punk band, formed in 1979 in Los Angeles, California. The group was founded by former Black Flag vocalist Keith Morris and became one of the most influential and iconic bands in the punk community. This is a 40th anniversary vinyl reissue of Circle Jerks' iconic debut full length Group Sex, which is considered a landmark of the punk and hardcore genre. It's accompanied by a deluxe 20-page booklet featuring rare photos, flyers, testimonials and behind the scenes stories from iconic figures such as Mike Ness (Social Distortion), Tony Hawk, Shepard Fairey (Artist Obey), and Brett Gurewitz (Bad Religion, Epitaph Records). Circle Jerks were planning to reunite in 2020 for several shows to celebrate the 40th anniversary of Group Sex, while those shows weren't able to happen because of the pandemic, the band will still promote the release actively.