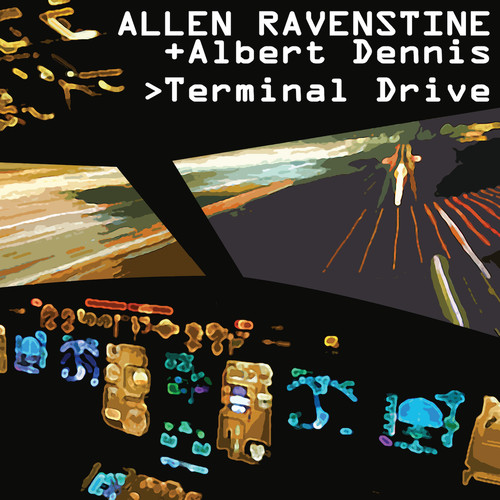 Archive release from the veteran musician. Terminal Drive is studio recording of a mythical piece of electro-acoustic music composed and performed in 1975 by Allen Ravenstine with assistance from Albert Dennis on string bass. Terminal Drive's significance in terms of Cleveland underground music cannot be understated and has been cited as partially responsible for Ravenstine's invitation to co-form the musical unit Pere Ubu in September 1975. Ravenstine gained recognition for his unusual and inventive synthesizer work in Pere Ubu, which he would also contribute to other groups such as Red Crayola and David Thomas & The Wooden Birds as well as his solo work.