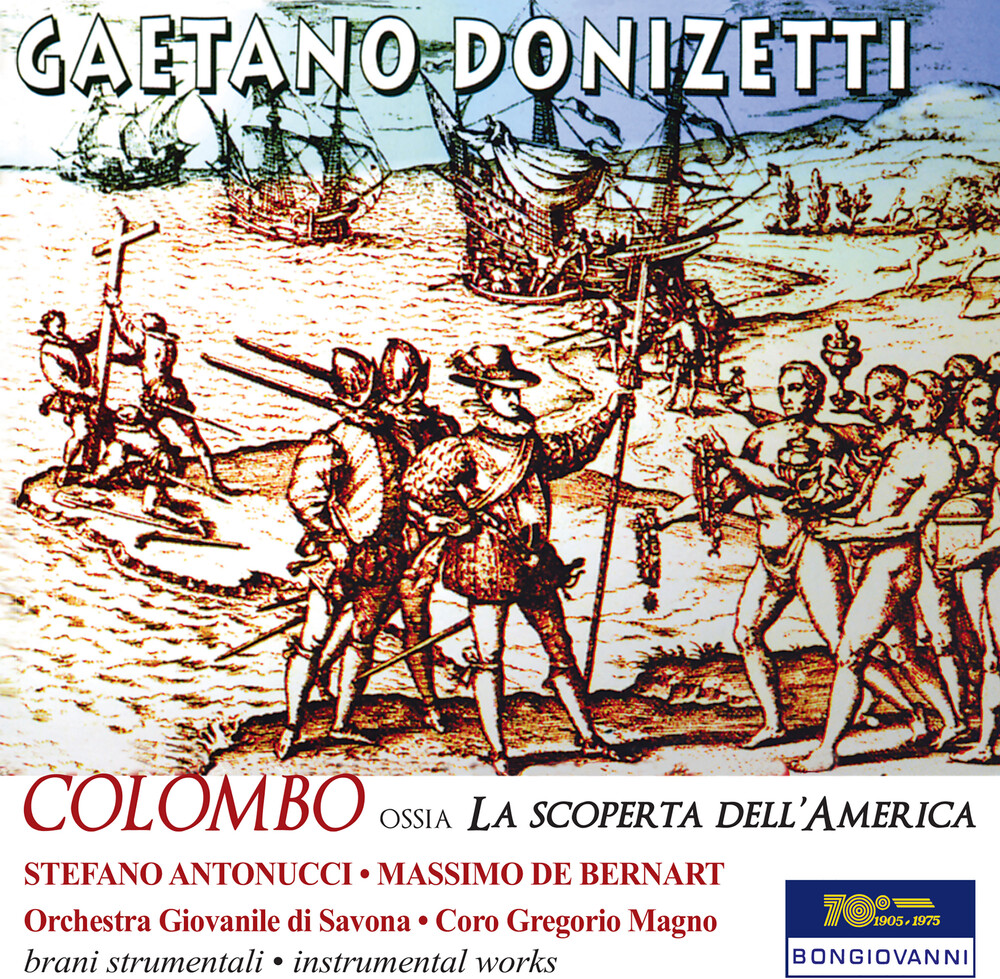 The available information concerning Colombo, ossia La scoperta dell'America is dubious. Various hypotheses have been put forth in the last years, including the suggestion that the work is a fragment of an unfinished opera composed on a text by Felice Romani. The most recent research, however, seems to support the theory that the composition was originally conceived as a scenic cantata, that is, a cantata which was destined for the stage. This genre, quite in vogue in the first half of the century, usually served to celebrate a particular event (royal birthdays and weddings, state visits, illustrious funerals, various commemorations). For these occasions, the composer on hand would be called upon to provide his patron with an undemanding work designed to highlight the vocal prowess of one or more soloists, but without particular aesthetic aspirations, in light of it's "disposable" nature. Colombo, cantata for baritone, chorus and orchestra, was first staged at the Teatro di San Carlo in Naples on 25 April 1838. It was part of a larger spectacle including dances and operas scenes by various authors and starred the singer Paul Barroilhet, who had successfully impersonated many of Donizetti's roles. The poetry - perhaps attributable to Donizetti himself, who had been his own librettist on more than one occasion - are not unlike those typical of an opera libretto. They establish a veritable dialogue between the soloist (Christopher Columbus)and the chorus (the sailors of his ship), and are complete with stage directions aimed at an actual theatrical performance in costume (see, for example, the opening: "The sailors are lying on the ground and others are standing in great distress"; and toward the end: "Colombus runs to see the land, then kneels down and remains in this position, thanking the heavens, until the cabaletta"). The version reproduced in this release is based on the autograph manuscript of the cantata preserved today in the San Pietro a Maiella Conservatory Library in Naples.