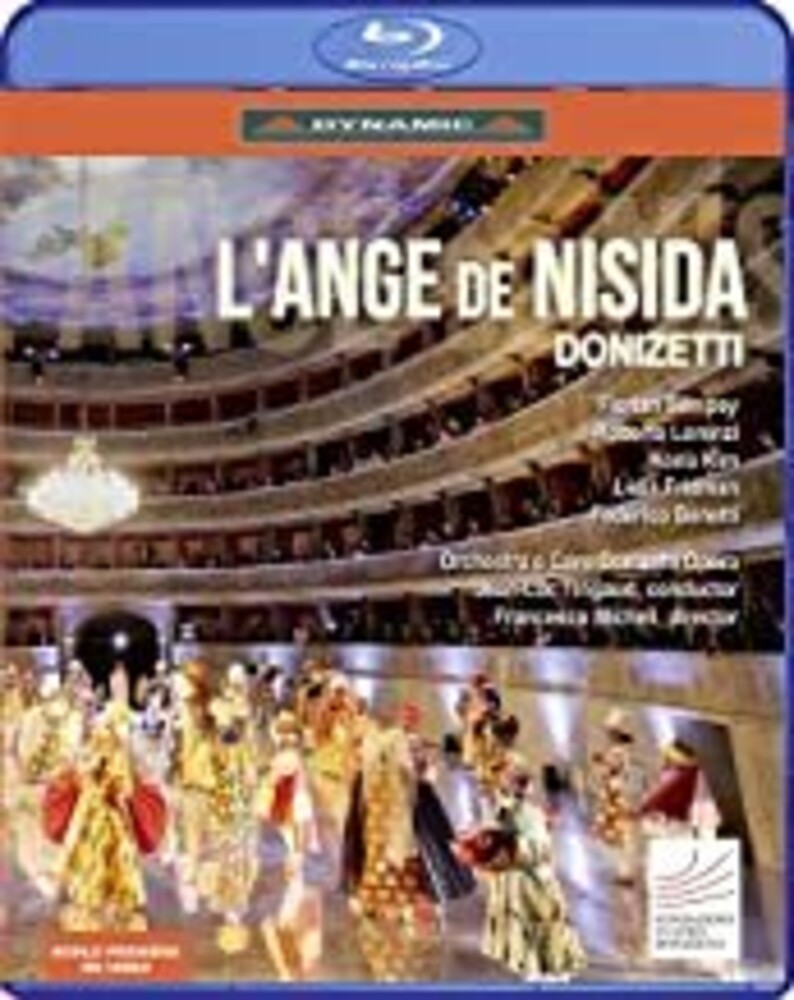 Gaetano Donizetti's L'Ange de Nisida was commissioned by the director of the Théâtre de la Renaissance in Paris. The libretto was entrusted to Gustave Vaëz and Alphonse Royer, and the opéra en quatre parties was completed in 1840. Unfortunately the theatre went bankrupt and the opera never reached the stage. Donizetti was aware that other venues would have rejected his work as it stood, for both repertoire and censorship reasons (the plot revolved around the King of Naples, Ferdinando d'Aragona, and his mistress). Consequently, he revised the score and incorporated a significant portion of it within his new one, La favorite. The autograph score of L'Ange was subsequently lost and it is only thanks to the painstaking research of musicologist Candida Mantica that it was brought to light again. She took on the huge challenge of classifying the roughly 470 randomly alternate pages of L'Ange de Nisida that had survived at the Bibliothèque Nationale de France in Paris; she re-established their original order and finally managed to reconstruct roughly 97 percent of Donizetti's music. The few gaps in the score were judged as irrelevant by both Mantica and Donizetti Opera, so that the opera was considered a complete work in itself, with no need for additions written by other composers. 180 years after it's composition, the opera was finally performed for the first time in it's original theatrical form in Donizetti's native Bergamo, at the construction site of the city theatre bearing his name, a most symbolic coincidence that added emotional value to a long-awaited event. The performance was hailed as a triumph by both the public and the critics and was awarded a special prize at the 39th Franco Abbiati Prize of Italian music critics.