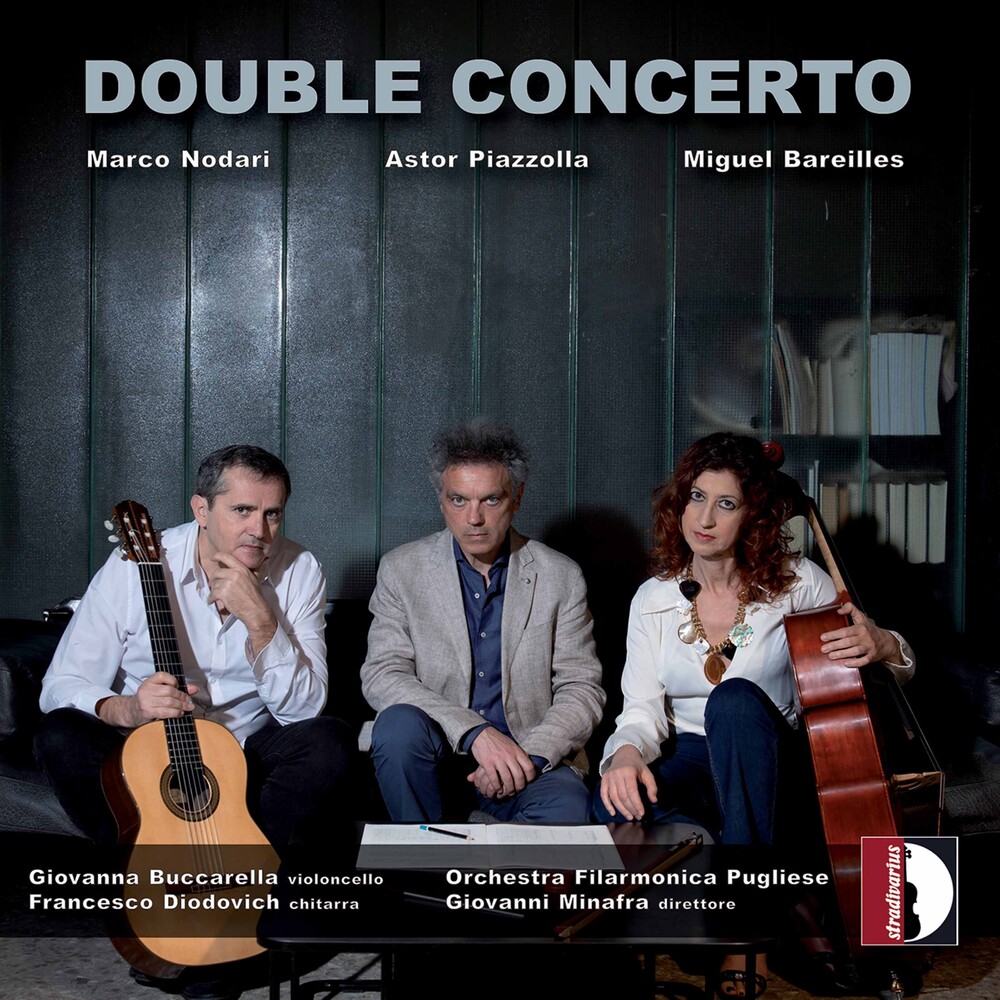 A double concerto is quite unusual. It is a concerto featuring two performers, as opposed to the usual single performer in the solo role, and the Orchestra. Hence, this represents one of the most interesting traits of this release. The album opens with a Concerto by Marco Nodari, Brescia composer, who in this work proposes to innovate the consolidated forms, reshaping them with musical situations coming from music history and with contaminations from other kind of music, thus creating an inclusive and unique style. The "Double concerto" for cello, guitar and Orchestra by Marco Nodari has a particular subtitle: "romantic" intended as "possible balance" between tradition and modernity. The work continues with Piazzolla, who has been defined as El asesino del Tango by the conservators of the Argentine dance who wanted to denigrate him through that title. However, he is one of the most remarkable compositors in the international panorama. Piazzolla created the innovative nuevo tango, characterized by various rhythmic and sound interweaving, resulting from Piazzolla creativity and previous other experiences. All of this stands for this beautiful album's theme. "Secretos de Buenos Aires" by Miguel Bareilles is a suite for cello and guitar composed in 2014 and arranged by Bareilles himself for duo and symphonic Orchestra in 2017. The Argentine composer loves merging different genres such as chamber music and classical orchestral music with elements from Jazz, Tango and South American rhythms.