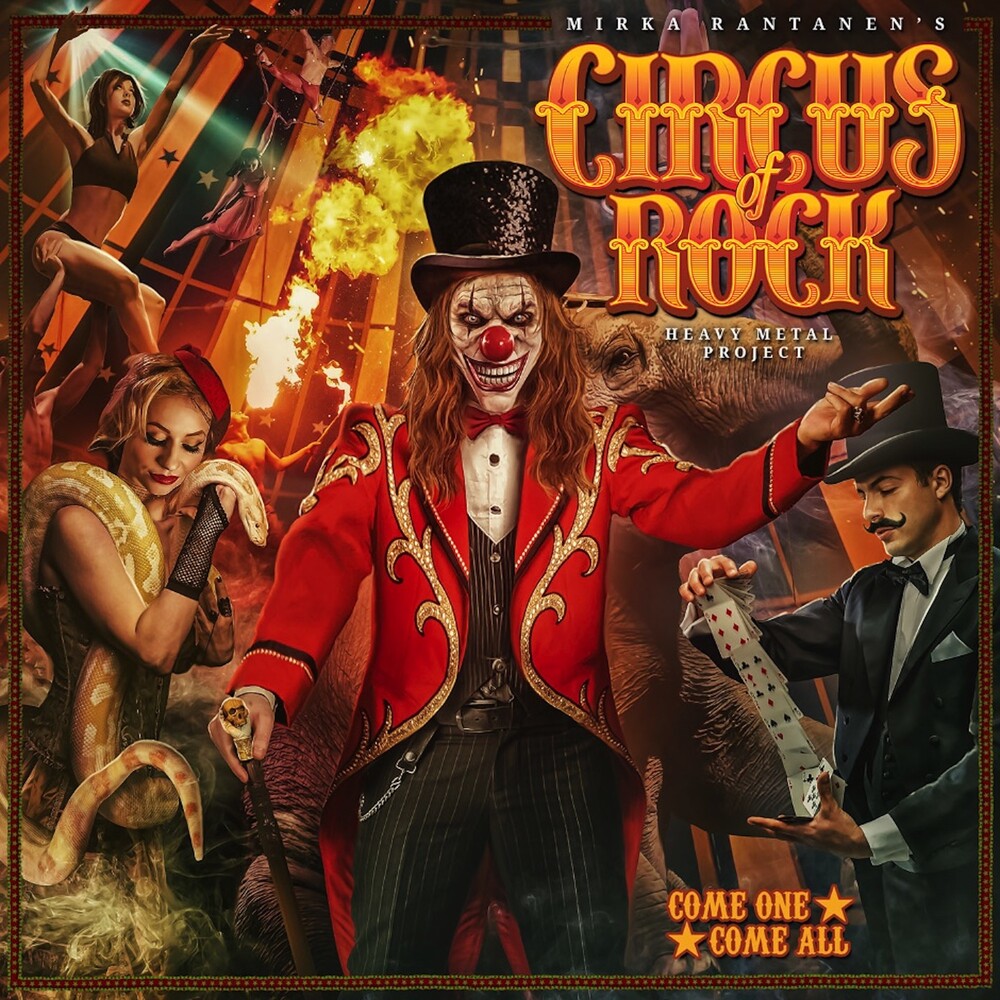 Frontiers Music Srl is pleased to announce the signing of Circus of Rock to the label. Circus of Rock is a new band, or rather a massive musical project, masterminded by drummer Mirka Rantanen (King Company). Their debut album, "Come One, Come All" will be released on August 6, 2021. "Come One, Come All" has a killer line-up of singers and musicians, a full list of which you can see below. The amazing talents involved come from the likes of Amaranthe, Tyketto, Hardline, Nightwish, Leverage, and more, plus musicians from bands such as Stratovarius, Brother Firetribe, Masterplan, and others. "A few years ago I started to think about recording a solo album; however, I didn't want to do just a traditional solo album. That's because people often think a solo album is mainly to allow the musicians to show off their fantastic skills and magnificent instruments, but I wanted to focus more on the great songs that don't happen to have extra drum solos. I also wanted to include many fantastic colleagues with whom I have played over the years on this album, and in addition a couple of great guest singers. My intention is to get the album released in 2021, when I turn 50. And now this will happen thanks to the Frontiers label. The album will be a kind of milestone in my professional career, my long-term 'dream what is finally coming true' type of thing, " says Rantanen.