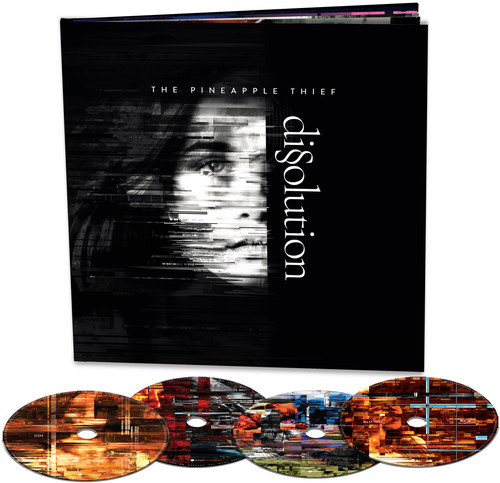 Dissolution is the highly anticipated follow-up album to 2016's Your Wilderness and is the band's second album to feature King Crimson and Porcupine Tree drummer Gavin Harrison, spurring The Pineapple Thief on as leaders of Europe's experimental rock domain. Their efforts on Your Wilderness produced 4m+ album streams, a #7 in the UK Independent Charts and two extensive headline European tours culminating at London's Islington Assembly Hall where the concert was recorded for the live release Where We Stood. The new material establishes The Pineapple Thief's intent to elevate themselves to new heights, with a desire to develop their songwriting and technical capabilities, and with artwork created by iconic design agency Stylorouge, whose previous work includes Pink Floyd, David Bowie, Blur and British film Trainspotting. The album concept tells of the often-dark consequences of living in a society in which everything is played out on a public stage, a theme paralleled in the cover art, which was created by 'glitching' the original photographs.