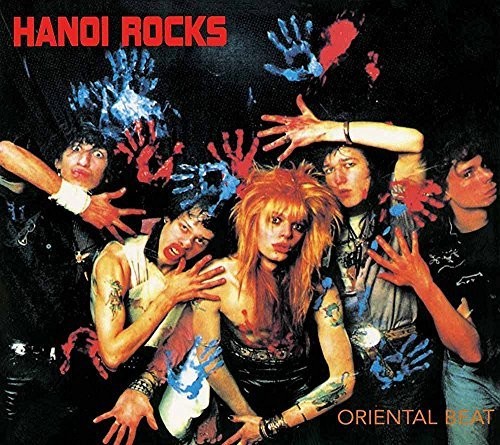 Digitally remastered edition. Oriental Beat is the second studio album by the Finnish glam punk band Hanoi Rocks, recorded in London and released in 1982. Oriental Beat also opened markets in the UK and Japan, where Hanoi eventually became very popular. The album finds Hanoi Rocks bringing the glam sound and look of the New York Dolls into the '80s. It is full of big sing-a-long choruses and catchy riffs that would have made the band big (ger) players either five years earlier or later. The band shows it's punk and glam influences not only with it's look on the cover of the album but also with the music performed on the album as well.