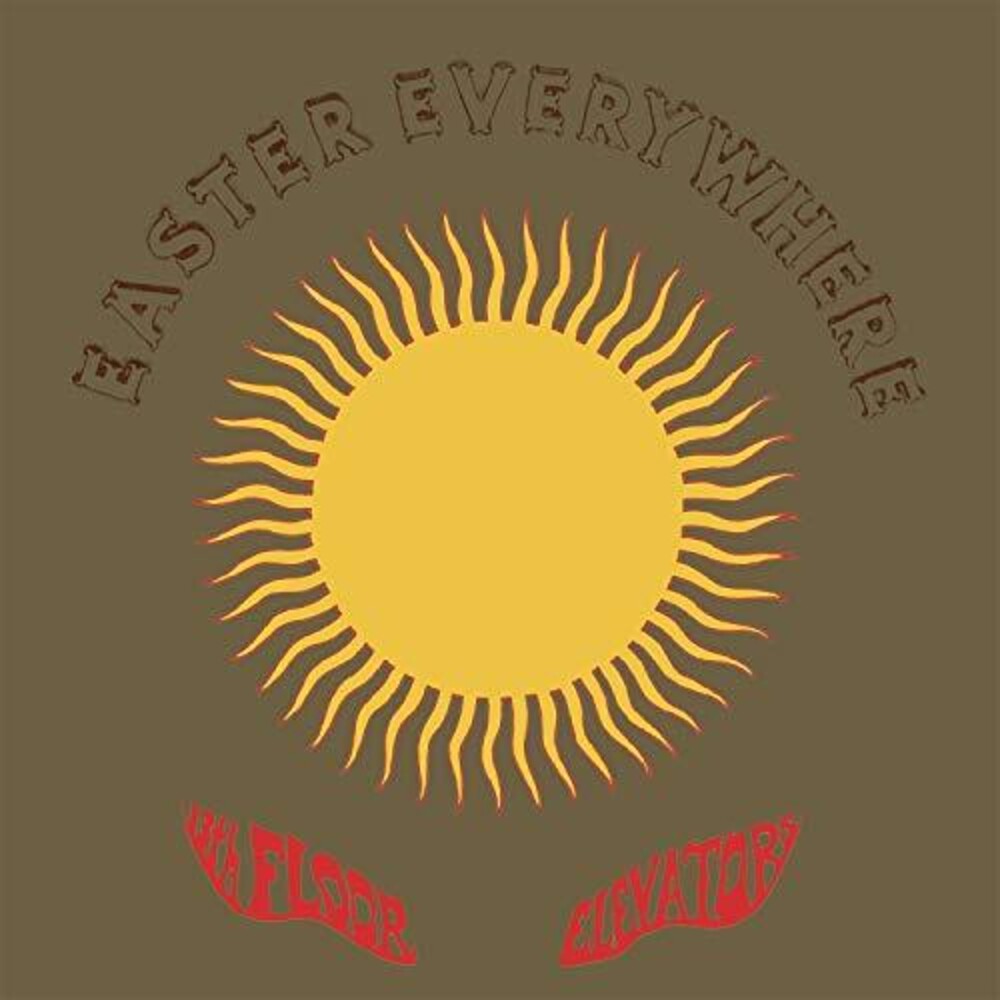 Deluxe two CD edition. The only 13th Floor Elevators LP to make the Billboard chart captures the group at their absolute peak. Released in November 1967, a year after their debut LP Psychedelic Sounds of..., the band, critics and fans alike consider Easter Everywhere to be the Elevator's finest work. Produced by Lelan Rogers, the music is delivered with an informed power and intensity of knowing. Disc One is the rare Mono Version of the album remastered from the original vinyl - surviving International Artists suggests that as few as 120 mono stock copies were sold to order. The mono mix offers a more solid sound throughout, with a notable heavier bass mix compared to the stereo amongst other key differences. Disc Two is the 'Original Stereo Mix', remastered in 2009 from the 2-track master by Paul Drummond and Andrew Thompson from Sound Performance. The second disc also features bonus rare recording session outtake "Fire in My Bones", which was remastered in 2007 by Walt Andrus.