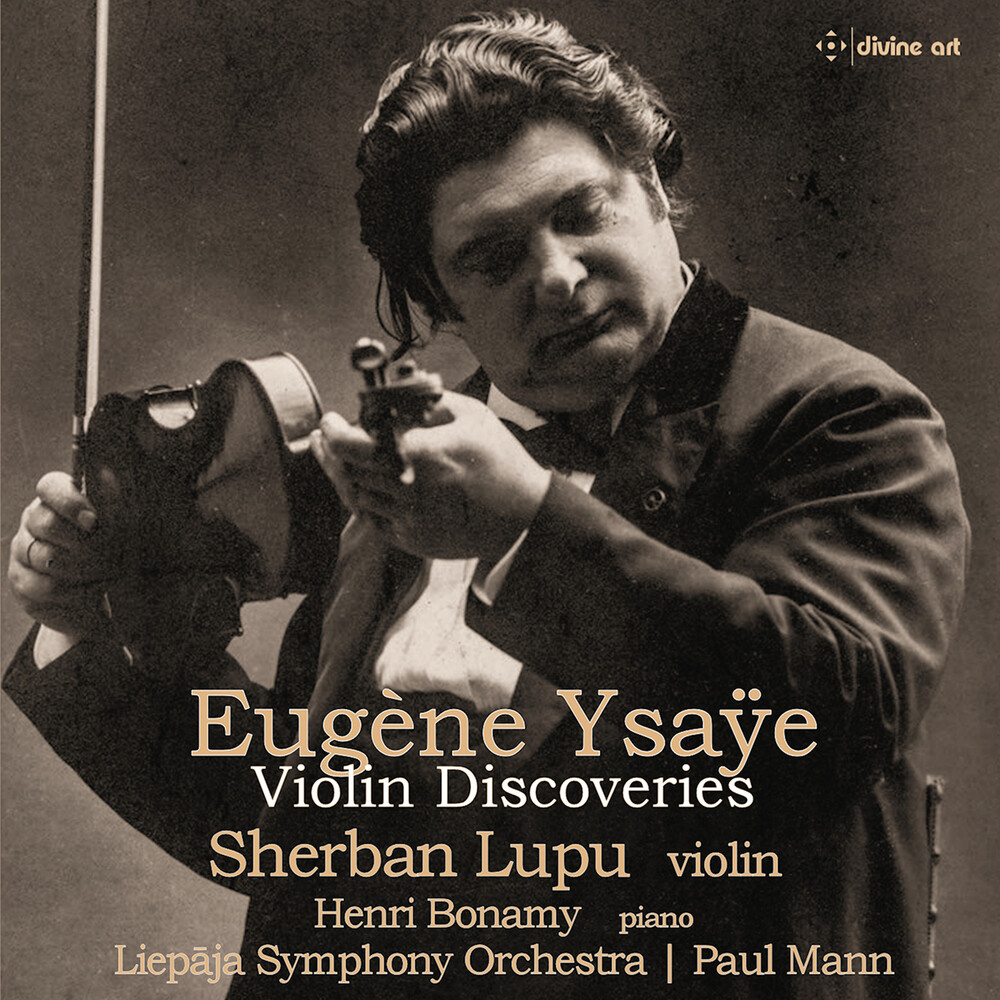 Belgian violinist, conductor and composer Eugène Ysaÿe (1858-1931) has been recognized as one of the greatest violin virtuosos of the 19th and early 20th centuries; regarded as the "King of the Violin" by Nathan Milstein, his legacy has inspired generations of musicians. Ysaÿe was also a true avant-garde composer whose works feature revolutionary modern violin technique, unique expressive devices, profound musicality and harmonic originality, which eventually served as the bridge between the era of the Romantic virtuoso and contemporary music. It is odd, then, to realize that many of his works remain unknown, unpublished and unrecorded. This album presents for the first time several works for violin and piano ranging from 1885 to 1924, and a previously unknown Violin Concerto in G minor from 1910, which was orchestrated by Sabin Pautza. All premiere recordings except 'Petite fantaisie romantique' Romanian violinist Sherban Lupu is internationally known; he studied in London with Yehudi Menuhin and other leading teachers and has a very busy career, being best known for his discovery, publication and performance of the music of Enescu, but also has held prestigious posts in Italy and Romania and as concertmaster of San Francisco Opera, USA. He is accompanied here by the bright young pianist Henri Bonamy (who was Professor of Piano in Seoul, Korea and now teaches in Munich) and the fine orchestra of Liepaja, Latvia. The conductor is Paul Mann who has made a name recently with many recordings for Toccata Classics.