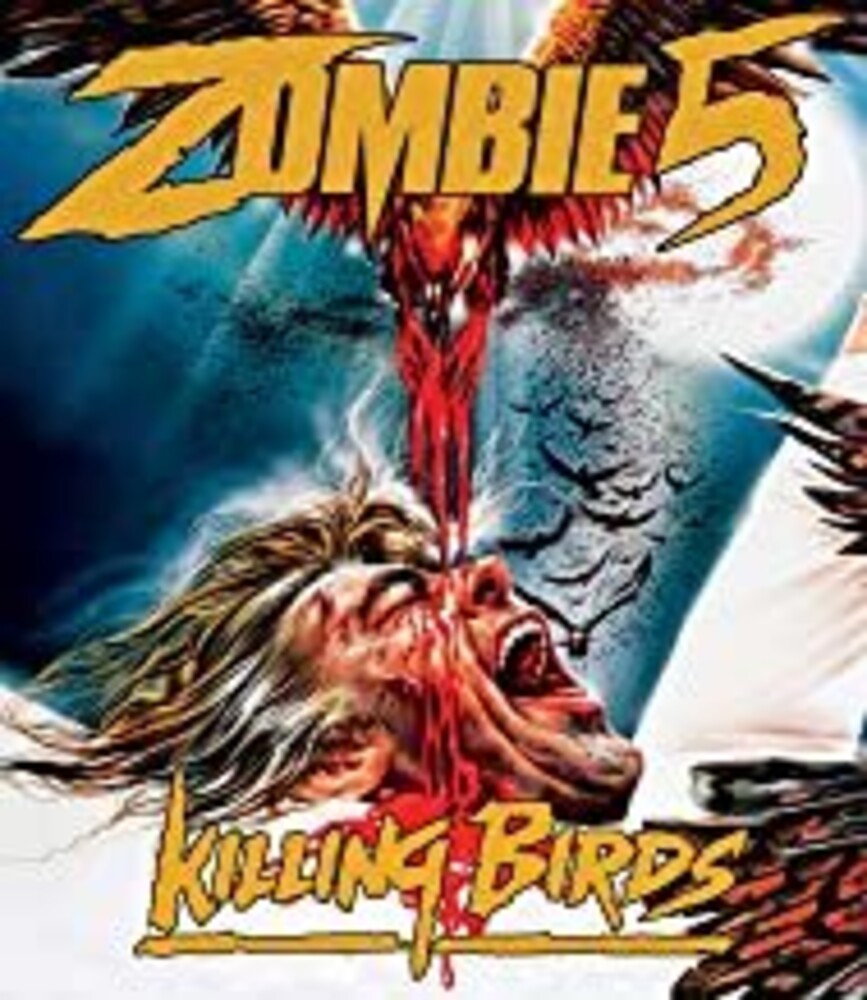 A group of college-aged ornithologists have taken a class trip deep into the wilderness on a quest to find and study a rare and possibly extinct species of bird. Despite receiving ominous warnings, both human and avian, they set up camp in a musty old house, only to find themselves under siege from mysterious supernatural forces. But it's not just the house or the hoards of hungry birds that they have to worry about, they quickly realize that they're also going to have to contend with a group of bloodthirsty zombies, who have descended on the deserted farmhouse! A positively jaw dropping slice of late 80s horror, as only Italians are capable of imagining, Claudio Lattanzi's KILLING BIRDS (aka Zombie 5 and Raptors) is an 'everything but the kitchen sink' styled thriller which piles on gore and insane plot twists. Starring Lara Wendel (Tenebre) and Robert Vaughn (Good Luck Miss Wyckoff), and produced by exploitation auteur Joe D'Amato (Anthopophagus), Vinegar Syndrome brings KILLING BIRDS to Blu-ray for the first time, newly restored in 2K from it's original negative.