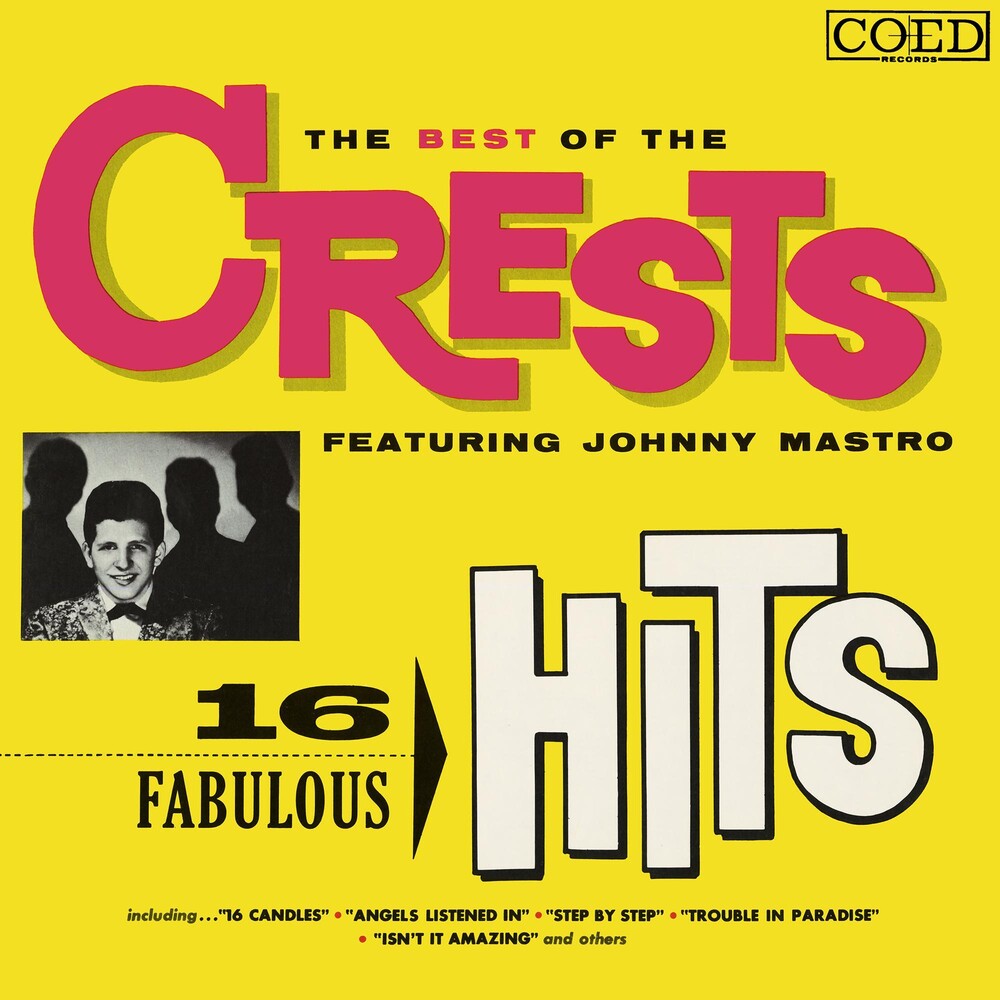 2020 collection. Though there were other integrated '50s vocal groups, The Crests demonstrated that musical and racial harmony went hand in hand. From the liner notes by Bill Dahl, "Several integrated 1950s vocal groups preceded them, notably The Meadowlarks and Dell-Vikings, but this young quartet from the lower East Side of Manhattan took the concept to the ultimate. The Crests were discovered singing in the subway, signed to Joyce Records and their debut single, "Sweetest One" charted nationally. It only took a couple of single releases to get to "16 Candles" the eternal classic doo-wop ballad. Starting out as the B-side to "Beside You," when flipped it hit #2 on the pop charts and #4 on the R&B in early 1959. Johnny Maestro gives Alan Freed the credit for the single flip to "16 Candles" and Dick Clark featured it on American Bandstand, pushing it even further. The Best Of The Crests Featuring Johnny Mastro: 16 Fabulous Hits was released to summarize the group's tenure at Coed. Johnny Maestro continued on as a solo artist and eventually fronted The Brooklyn Bridge.