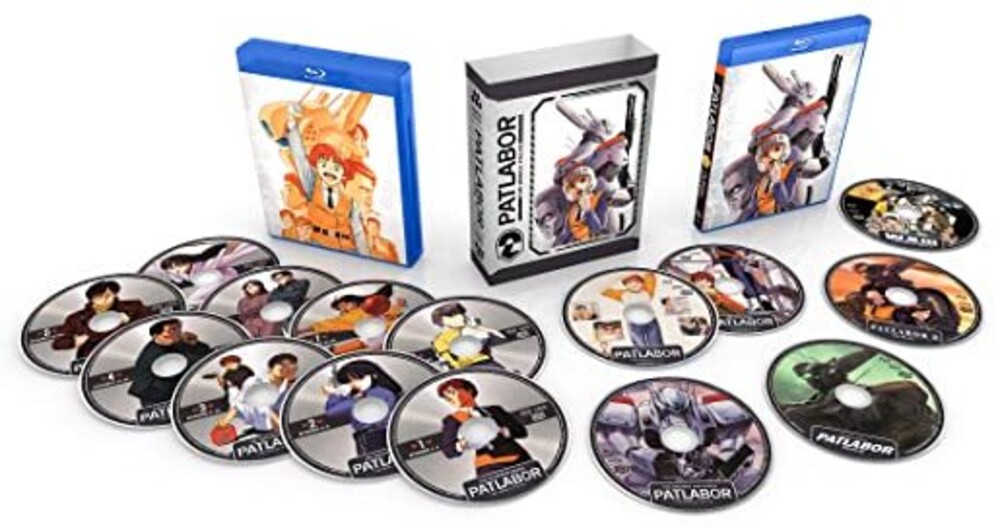 Patlabor Special Edition contains episodes 1-47 of the anime series directed by Naoyuki Yoshinaga, episodes 1-16 of Patlabor the Mobile Police: The New Files, episodes 1-7 of The Original OVA Series, and Movies 1-3. Building the city of the future is a tough job, but the development of Labors... giant robots specifically designed for construction and other heavy duty tasks... is transforming the world. Unfortunately, when someone puts that much power in a machine, the one thing that's certain is that someone somewhere will find a way to use it to commit crimes. That's why Tokyo Metropolitan Police Department has it's massive Ingram Patrol Labors and the brave men and women of Special Vehicle Section 2, Division 2... including the teams most recent recruit, the mecha obsessed Noa Azumi. Get ready for some of the wildest, most incredible adventures ever as Noa and her new comrades in arms hit the street in the ultimate collection of one of anime's most legendary creations - Mobile Police Patlabor!