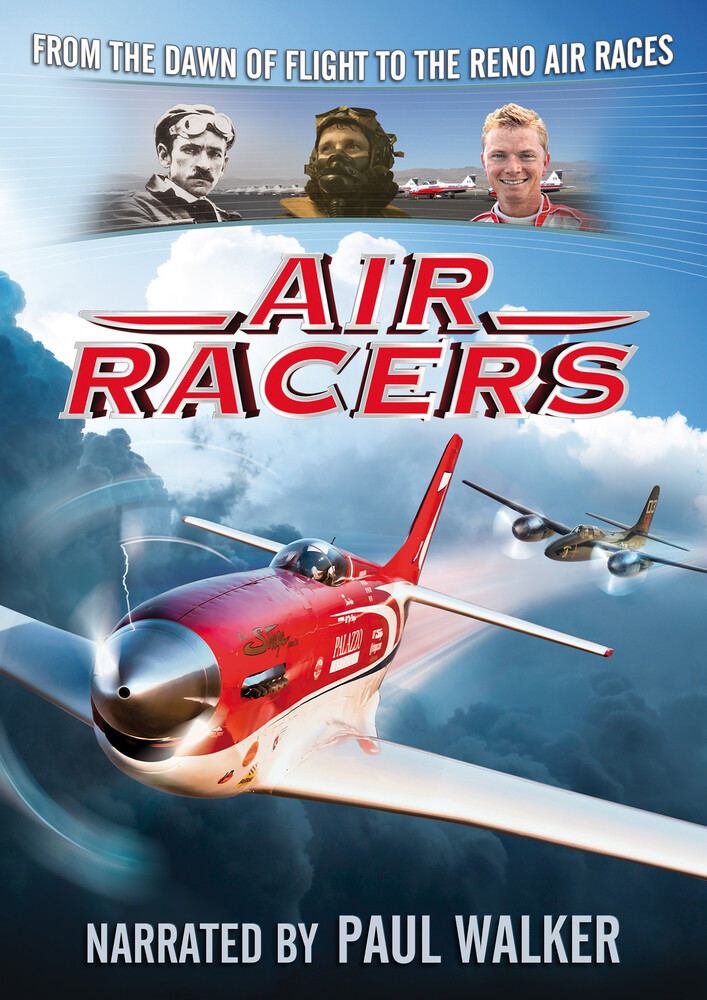 Fly into Nevada's Valley of Speed for a breathtaking exploration of the fastest race in the world combined with spectacular air-show entertainment: the legendary Reno National Championship Air Races. Join today's elite pilots as they fight for position, wingtip-to-wingtip, and skim fifty feet (fifteen meters) above the ground around an oval course at twice the speed of a Nascar race. Discover this ultra-competitive world through the eyes of rookie pilot Steve Hinton as he attempts to fly his P-51 Mustang fighter plane to victory in the most highly anticipated and unpredictable race class. Learn about the history and science behind racing, a concept which dates back to the dawn of aviation, and see top-notch aerobatic performers, including the Canadian Forces Snowbirds. Narrated by Paul Walker of The Fast and the Furious series, Air Racers puts you in the cockpit to experience the intensity and high-speed thrills of a sports event like no other