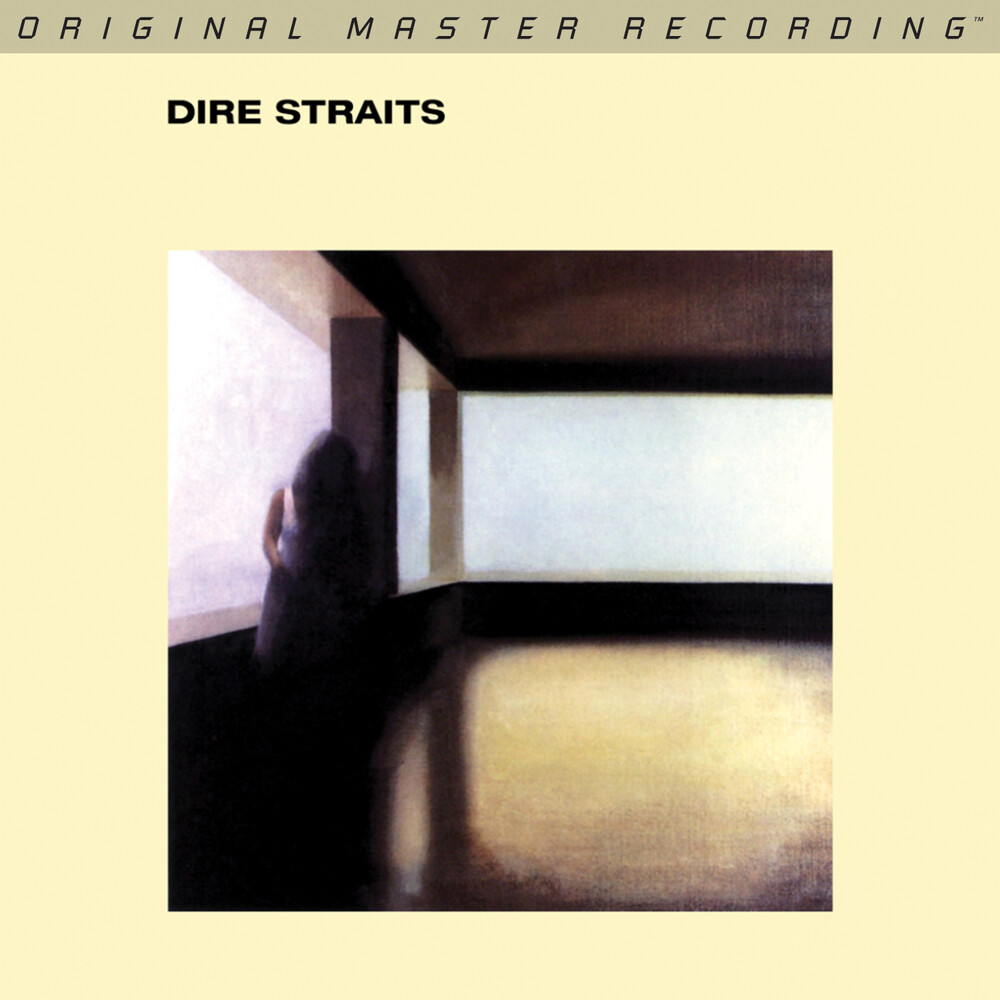 Dire Straits' Self-Titled 1978 Debut Distinguished by Jazz-Inflected Mix of Folk, Blues, Country, and Rock: Guitarist Mark Knopfler Displays Uncanny Precision, Intricacy, and Texture. Mastered from the Original Master Tapes and Pressed at RTI for Optimal Sound: Mobile Fidelity 45RPM 2LP Set Engages With Natural Tones, Superb Balances, Reference Imaging, Sterling Clarity. Breakout Dire Straits Album Includes 'Sultans of Swing' and 'Down to the Waterline': Band's Shuffles, Boogies, and Ballads Spark With Crispness, Soulfulness, Coolness. Dire Straits' arresting self-titled debut arrived in the midst of punk's reign but couldn't have been further removed from the era's slash-and-burn style. Recorded in West London in February 1978, the band's tasteful, jazz-inflected set embraces folk, blues, and pub rock while also tracing a direct line back to the beat-oriented sound of early rock n' roll. Country and roots accents further distinguish the British quartet's stripped-down music from any 1970s peers, as does the transparent production, which has remained revered among audiophiles the world over - and which has never been better than on this meticulous analog pressing. Mastered from the original master tapes and pressed at RTI, Mobile Fidelity's 180g 45RPM 2LP version of Dire Straits features natural tonalities, superb balances, you-are-there imaging, deep-black backgrounds, and pristine clarity. Even if you've heard this album hundreds of times before, you've never experienced it with such lifelike sonics and premium richness. This numbered, limited-edition collector's set immerses you within the smoky, laidback atmospherics of every song. This is how all vinyl should sound. Crucial to every arrangement, Mark Knopfler's winding guitar lines emerge with supreme transparency and multi-hued textural detail. His intricate playing comes across as if it's being transmitted via his 60s-era Fender Vibrolux amplifier placed right before you. The cleanliness, dimensions, and live feel are that good. His bandmates, too, benefit from the extra groove space afforded by this 45RPM edition. Rhythms skate and swirl; percussive effects resonate with crispness and attack; the leading edges of notes naturally decay. Dire Straits' strong, well-edited batch of original material further enhances the overall enjoyment and makes the record one whose pleasures go far beyond the organic sonics. Just as Knopfler's narratives pour forth with poetic and surrealist texts, the musical settings - an intoxicating combination of easygoing shuffles, back-hall boogies, and pop-honed ballads - mirror the old-fashioned soulfulness inherent in the classic recordings of the late 50s and early 60s. The lyrics are equally captivating. Drawing from his time as a youth in Newcastle, Leeds, and London, Knopfler invests tunes with an autobiographical slant and emotional connectivity that become obvious the moment he opens his mouth to sing. 'Down to the Waterline,' 'Wild West End,' and 'Lions' all feature colloquial touches that add to their reach. By extension, 'In the Gallery' functions as a tribute to Leeds sculptor Harry Phillips (father of future Knoplfer collaborator, Steve Phillips) while the record's breakout smash, 'Sultans of Swing,' pays homage to struggling bar bands. Through it all, Dire Straits performs with a subtle cool and clever poise that no band ever matched. Just how good is the chemistry? Bob Dylan heard the quartet and invited Knopfler and drummer Pick Withers to play on Slow Train Coming. But even Dylan himself didn't hear Dire Straits sound this magnetic back in it's original heyday. Now, everyone can.