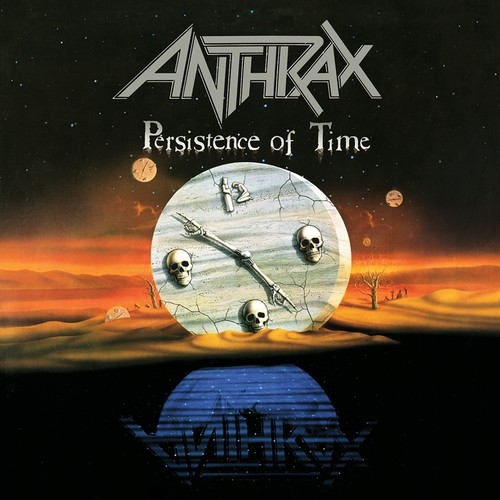 In 1990, while making Persistence of Time, the members of Anthrax looked up from their comic books, quit joking around, and realized they were going to die someday. But unlike it's Big Four brethren (Slayer, Metallica, Megadeth), the Fourth Horseband of the Thrashpocalypse didn't celebrate the coming of the grim reaper. The aptly named Persistence of Time opens with the ticking of a clock and unleashes heart-pounding waves of existential dread, stylistic evolution, and white-hot anger at death itself. Cut at Mobile Fidelity by engineer Krieg Wunderlich and afforded requisite groove space for the first time ever on a proper 2 LP pressing that accommodates the band's longer songs, Anthrax's 1990 magnum opus sounds as genuine, forceful, and uncompromising as the songs' urgent lyrics and thematic struggles. Serious and complex, this definitive analog pressing of Persistence of Time-known by fans as POT-presents the vital music as a furious blend of dynamic speed and three-dimensional heaviness.