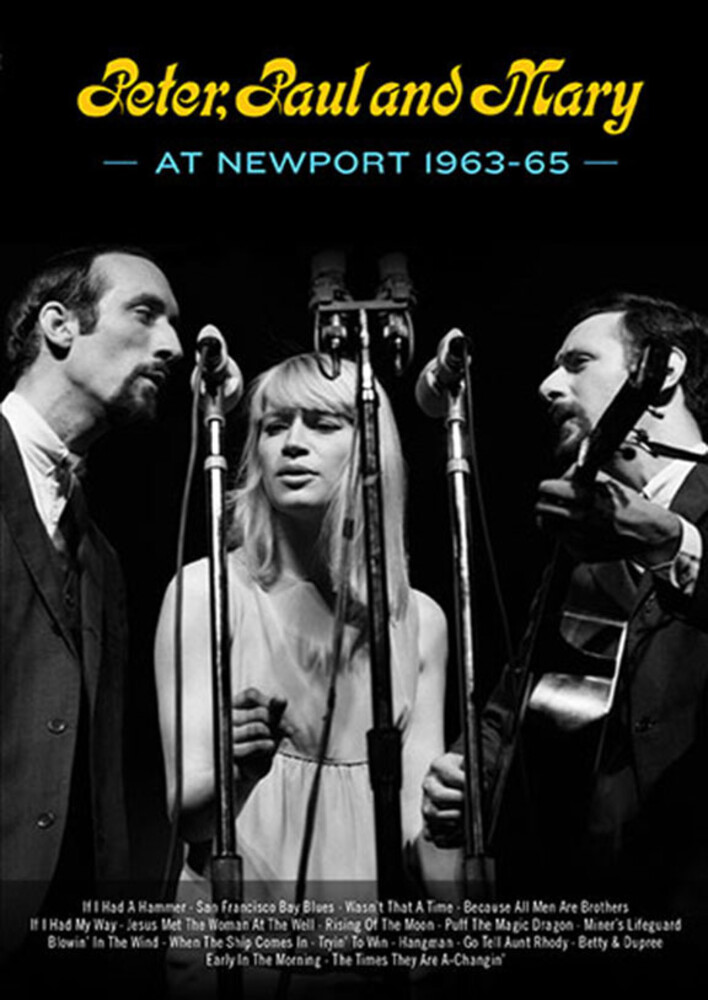 These historical recordings epitomize Peter, Paul and Mary's music in the '60s era of optimism, turmoil and vast change in America. Remarkable archival footage of Peter, Paul and Mary filmed at the iconic folk festival at Newport, RI, 1963 - 65, reveals the electrifying and optimistic spirit of an era, at the peak of America's Folk Revival. There are 18 live performances of songs, some that have never before been seen on television, and some, like "Blowin' In The Wind," "If I Had A Hammer," and "The Times They Are A-Changin'," that became part of the "soundtrack" of an era of extraordinary social and political transformation.