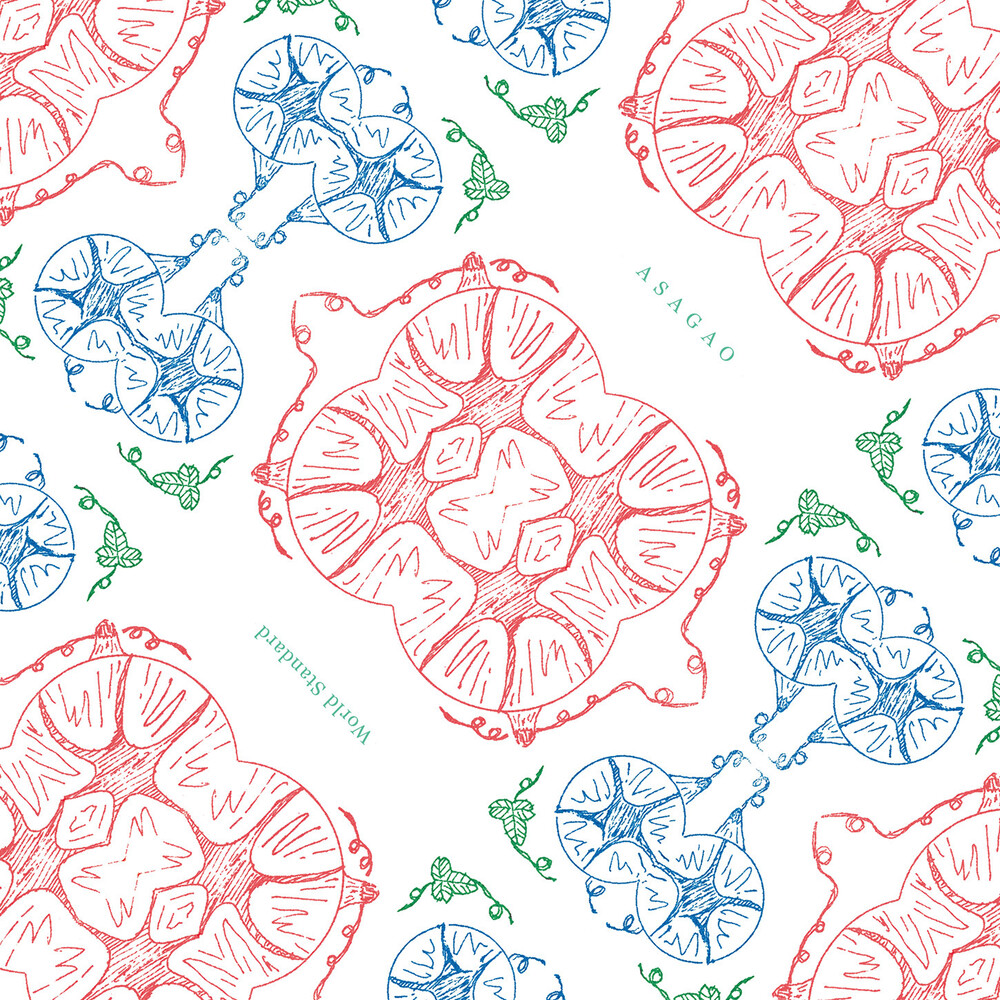 1982, the seasons turn from spring to summer. Two young men in the peak of their youth are eager to immerse themselves in the recording of a single cassette tape. In March of that year, Soichiro Suzuki and Michio Kojima emerged under the band name 'World Standard'. This record was produced in a room in Kojima's parents' house in Nishi-Ogikubo, Tokyo, making full use of ping-pong recordings on two cassette decks. The focus was mainly on guitars, mandolin, and ukulele played by Suzuki, but Kojima's upright piano, which was placed in a room across the corridor, was occasionally added. In addition, percussion was recorded using the echoes of the bathroom, and toys such as pianica and trumpets, as well as drums made of cardboard were all used as musical instruments. In the background, the sound of the TV and the subtle sounds of everyday life were intentionally mixed into the music. Listening to the delightful performance you can hear Kojima's grandparents, who he lived with, occasionally opening the sliding doors to see the boys recording. They would even have lunch together from time to time. As they repeated their recordings while the tape turned, the young men felt like they succeeded in intercepting the soundscapes of the world - like folklore in a far-off distant country to one corner of the city of Tokyo. They were so excited. In contrast to the techno-pop and new wave sensations that swept the musical subcultures of Tokyo in the '80s, the analog and acoustic sounds they played are somewhat nostalgic. Instead of edgy and futuristic synth sounds, they intentionally tried to portray in their sound the scenery captured on the monochrome screen of an old European movie, and the Japanese houses of the 1950s where they were born and raised. They yearned for the landscape on the veranda. D.I.Y. - a time when there was no word for bedroom recording. Suzuki and Kojima dreamed of nostalgic, new, popular music that no one had ever heard on cassette. This work, 'Asagao', is the first cassette work in a series of several demo tapes produced before the debut of 'World Standard' (produced by Haruomi Hosono on the NON-STANDARD label in 1985). In addition to being distributed among the members' friends, copies of the cassette tapes were sent to NHK-FM "Sound Street" (Tuesday personality: Ryuichi Sakamoto) - a demo tape special that had started broadcasting from the previous year, as well as cassette magazine "TRA" and Alpha/YEN labels who dubbed and passed out about 20 copies of the cassette. The original tape was restored by remastering, without changing the order of the songs at that time, and will be released for the first time on vinyl LP. 'Asagao' was remastered by Masato Hara. The cover was redesigned by Yu Yokoyama from the original design of the cassette, and all other design work and configurations, including the inserts, are also handled by Yu Yokoyama.