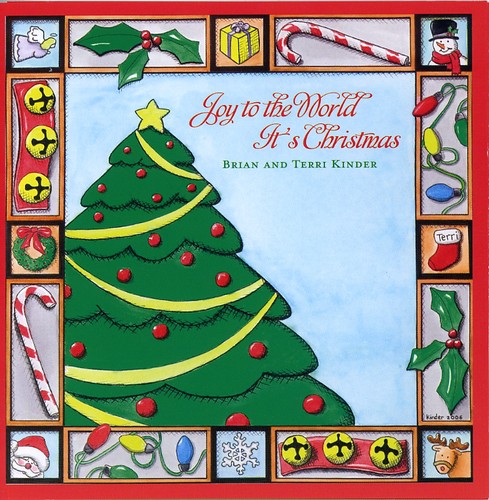 Brian Kinder is a singer/songwriter who performs rollicking goodtime concerts for kids. His music is fun and invites audience participation. His performances are perfectly suited for libraries, schools, fairs, corporate family gatherings, churches, and birthday parties. Yes, Kinder is his real name. (Kinder, German word meaning children as in kindergarten) Brian grew up in Fredericktown, Missouri where as a youngster he sang in churches, school programs and other social settings. During his teen years he was the drummer of a hometown rock and roll band. After graduating high school Brian spent several years in the Air Force where he took up playing guitar and writing songs. Following his tour of service he joined a successful Christian singing group and traveled throughout the Midwest before moving to central Arkansas in the early eighties, releasing two solo albums and performing at churches and youth camps throughout the region. It was at this time that Kinder developed his recipe for a successful solo performance consisting of good music, humor, and lots of audience participation. At Brian's concerts, you didn't just sit and listen. You got involved, and it was fun. Kinder graduated from the University of Arkansas at Little Rock in 1986 with a degree in music; in 2005 he received his masters in Liberal Arts. The past 20 years he has taught fine arts in the Little Rock public school district, where he distinguished himself, not only as a gifted teacher, but also as a talented songwriter. At the encouragement of a fellow teacher, he auditioned and was accepted into the Arkansas Arts Council's roster of touring artists as a kid's concert performer. He quickly gained notice as an original and unique artist of children's music. His concerts are lively and interactive. Combining his guitar and banjo playing talent and his whimsical song writing skills, he amuses and entertains children of all ages. He weaves together stories and music to stir the imagination with tales drawn from his own life as well as from the lives of his family and friends. He has the ability through his songs to bring both young and old together as they laugh and sing, dance and clap along with the music. In 2002 Brian released his first album of twelve original kids songs, Brian Kinder A Kid Like You. Everybody loved it, kids, parents and grandparents. "GREAT", says Lauren Ashburn of USA Today. The song, I Like Being A Kid, became Kinder's trademark, and still happily announces the beginning of every concert. Special days came next with twenty-four songs, one for just about every holiday you could imagine. It was a project he had worked on for years believing that a holiday collection was something schoolteachers and librarians needed. He was right. Special Days was released in June of 2003, and that summer was named Audio Pick of the Week by the national publication, School Library Journal. His third release, Brian Kinder Again, offered up another dozen fresh kids tunes, and is also getting high marks with SLJ. Kinder finished work on a fourth project, Brian Kinder One More Time, released to the public in September 2004. Like all of Kinder's releases, it's good clean. "A I ate an Apple is nominated as 2006 childrens song of the year by Just Plain Folks. Brian is proud to announce the arrival of his 5th CD Joy to the World It's Christmas.