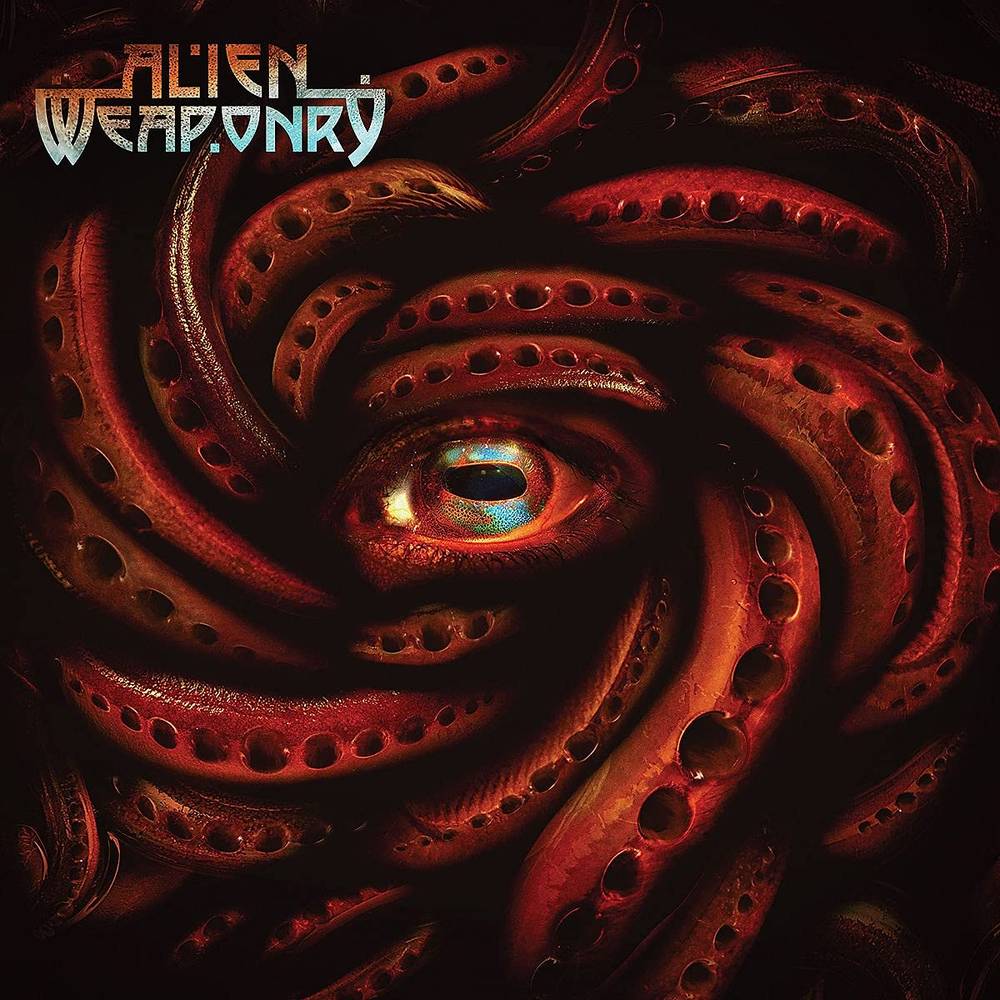 In the past few years, no emerging metal band has shaken up the international metal scene like ALIEN WEAPONRY – featuring 21-year-old Henry de Jong (drums), 19-year-old Lewis de Jong (guitars, vocals) and 21-year-old new bassist Tūranga Morgan-Edmonds. Since releasing their acclaimed Napalm Records debut Tū (2018), the New Zealanders’ kinetic presence and unique sound – combining elements of thrash and groove metal with lyrics in the native indigenous language, te reo Māori — has attracted throngs of fans and media supporters across the globe. Having achieved past and present tours and festivals with the likes of Slayer, Black Label Society and Gojira, and being hailed the “future of metal” by esteemed magazine Metal Hammer (UK) and voted by Revolver Magazine (US) fans as “one of the bands most likely to break out in 2021”, ALIEN WEAPONRY are poised to dominate with the sheer ruthlessness and untempered passion of their fervid sophomore release, Tangaroa (2021). The album coalesces ALIEN WEAPONRY’s growing maturation with an undisturbed songwriting process, resulting in their most complex, inspired, honest and informed material yet. As with their 2018 single “Kai Tangata”, which has amassed more than 10 million views on YouTube and claimed the number-one spot on SiriusXM Liquid Metal’s “Devil’s Dozen” for 13 consecutive weeks, much of Tangaroa is immersed in the historical stories and cultural heritage of the Māori people. In addition to lyrics written in the indigenous language, many tracks feature traditional instruments, called taonga puoro, providing the tracks their own warrior-like attitude. Rhythmic, dynamic album opener “Titokowaru” begins with determined rowing chants and depicts the tale of a famous war chief that challenged the colonial government in New Zealand and led a rebel army, backed by quick riffage and driving drums. Following standout “Hatupatu”, inspired by the harrowing, legendary tale of a de Jong ancestor facing off with a witch, is carried by frenzied guitars, spirited chanting and tribal-like percussion, while colossal, mosh-ready track “Tangaroa” details one of the album’s most pressing themes – climate change and illegal fishing practices. Further prime examples of the band’s innate ability to put rich stories to riotous sound include the profoundly raw stunner “Īhenga”, immense “Kai Whatu” and impassioned fan favorite “Ahi Kā”. While ALIEN WEAPONRY sourced inspiration from their culture and environmental surroundings while writing most of Tangaroa, the band also looked inward – drawing vision for other portions of the album from within. The album dives into some of their most effecting personal experiences, with English-language songs like the pensive “Unforgiving” about facing self-loathing and insecurity, and the swirling, charging “Buried Underground” detailing the aftershocks of drug abuse. Accented by personal touches like its entrancing album art originally conceptualized from drawings by Lewis de Jong, Tangaroa is an intuitive amalgamation of personal inspiration and cultural awareness with a focus on uplifting the voices of indigenous cultures – a unifying topic of global import. It’s a massive next step for a band on the rise, encompassing all of the elements that make ALIEN WEAPONRY heavy metal’s most authentic rising stars.