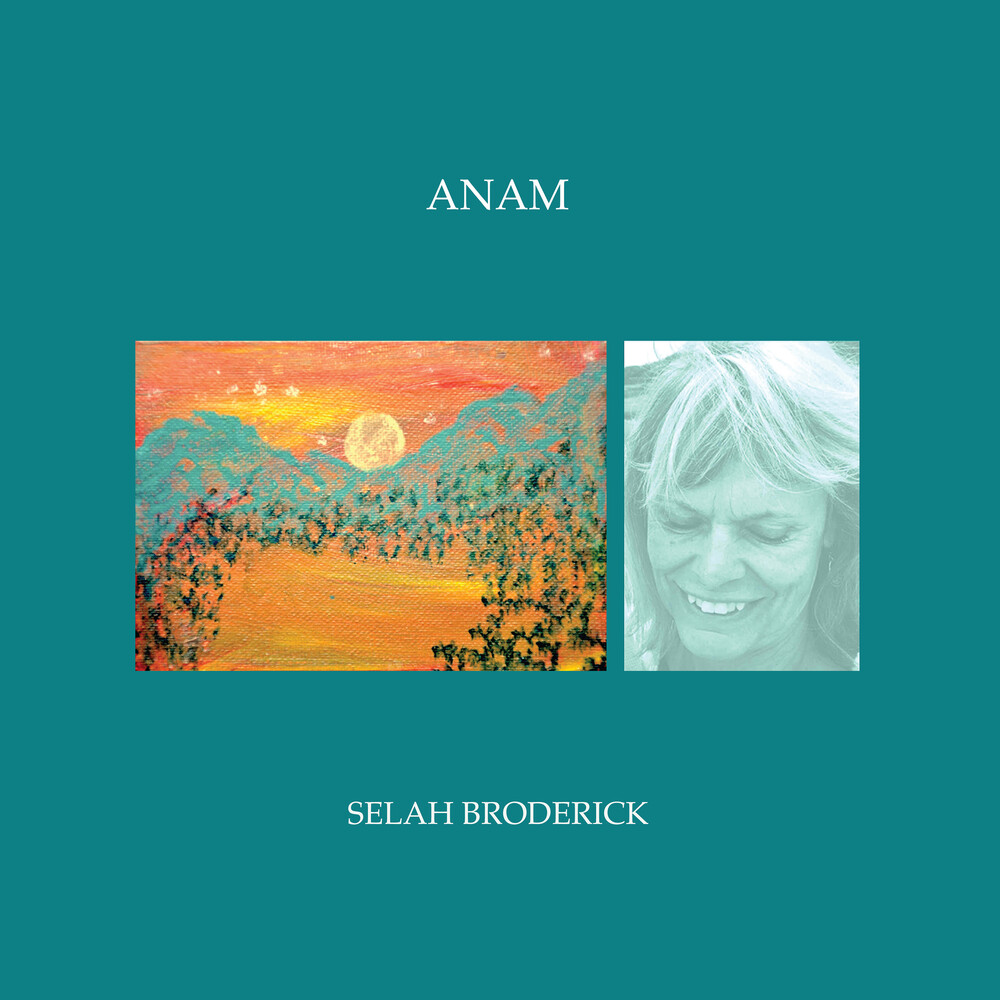 Anam is the first collection of recordings by Selah Broderick (b. 1959, Washington, D.C.). Having grown up in a strict Catholic setting, the alternative movements of the late 60's and 70's could not come soon enough for Selah, who's love for art and music eventually sent her traveling around the country, running from a rather chaotic upbringing, in search of quieter ground.She eventually wound up in the Pacific Northwest, where she picked up a gig playing her guitar and singing at a local bar a few nights a week, and it was there in the audience that she met the man who would soon become the father of her children. First pregnant at the tender age of 19, Selah would have to put her musical dreams on hold while she attended to the demands of motherhood. It's no wonder she was so supportive when her three kids all gravitated towards music.While her devoted husband supported the family as a woodworker, Selah carved out her own path as a yoga instructor, in a time when non-western spiritual practices were not so welcomed in the western world. Her devotion to spiritual development would be the guiding force in her life, leading to a formative trip to Tibet alongside Roshi Joan Halifax in the early 2000's. Her passion for music entwined itself with her work when she created the soundtrack to her own instructional yoga CD, featuring synthesizers, gentle field recordings, wind chimes, and most notably, her enchanted flute playing.Her interest in more meditative sounds infused itself with her background in folk music, and it is somewhere between these two worlds that Anam exists. Consisting of recordings as old as 1979 and as new as 2018, the wide range in fidelity has been embraced for this collection. The recordings were collected by her son Peter Broderick, who carefully wove them together over the years with occasional contributions from himself and sister Heather Woods Broderick.When asked about a potential title for her first album, Selah referenced the book Anam Cara by John O'Donohue, the modern-day Celtic mystic whose work helped her to reconcile her Catholic upbringing with her love for Eastern spiritual disciplines. The title "Anam Cara", meaning "Soul Friend" in Irish Gaelic, was given to a track originally created for meditation, while the album is simply called Anam, or "Soul." You are invited to explore the soul of this beautiful woman.