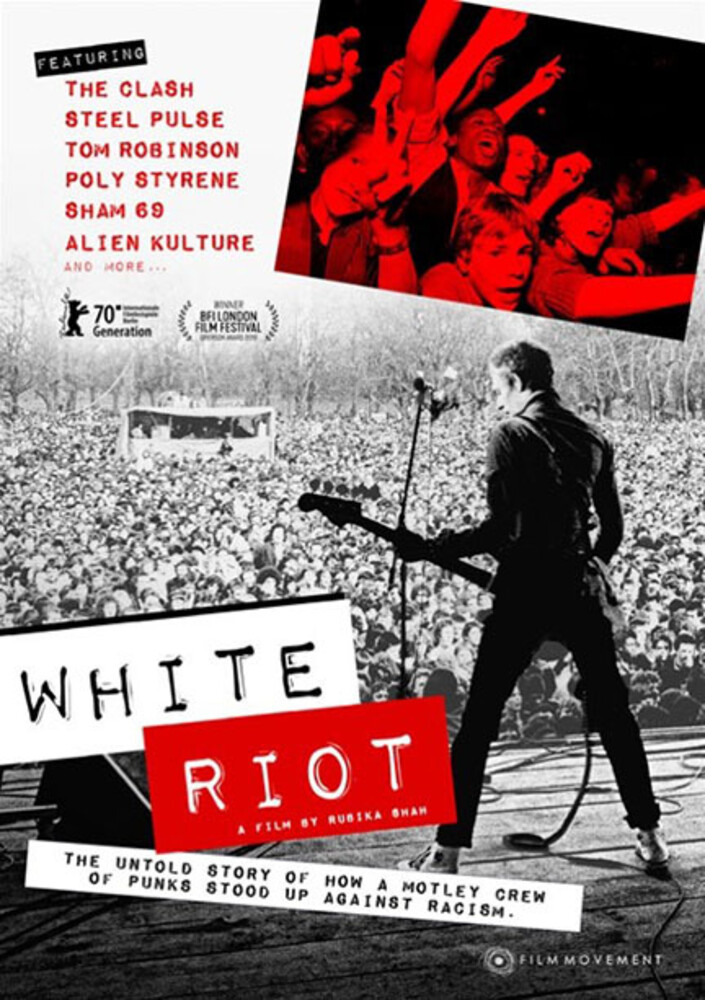 Britain, late-1970s. Punk is exploding. The country is deeply divided over immigration. The National Front, a far-right political party, is gaining strength as politicians like Enoch Powell push a xenophobic agenda. Outraged by a racist speech from Eric Clapton, music photographer Red Saunders teams up with like-minded creatives to create Rock Against Racism. The RAR zine reports on stories and issues that the mainstream British media ignores, like the police's controversial "suspected persons" powers, and speaks directly to the youth of Britain. The National Front begins to strike back, committing acts of violence against RAR supporters, but the momentum spreads virally across the UK and Europe, becoming a grassroots youth movement, while The Clash, Steel Pulse, and other top bands of the day jump on board. White Riot is a moment in time when a generation challenged the status quo, and music changed the world.