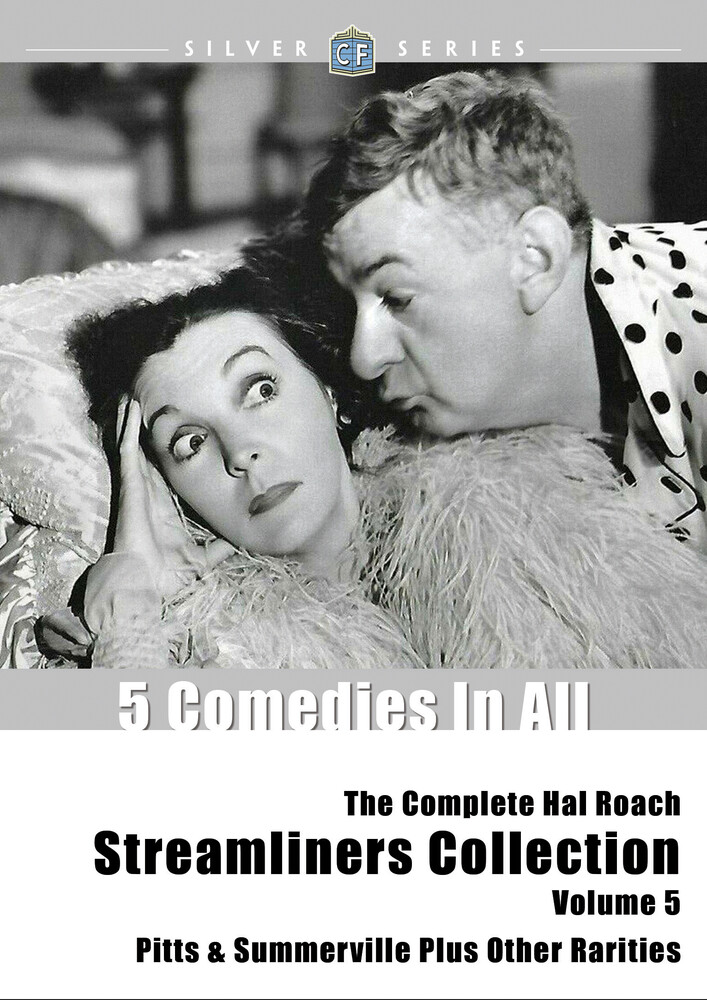 Pitts and Summerville, anti-Nazi wartime comedies and the CineColor produced The Fabulous Joe make up this special fifth volume of Hal Roach streamliners from ClassicFlix-with each film culled from original studio masters!Hal Roach's innovative format known as "streamliners" debuted in September of 1941 with the military comedy Tanks a Million. For his second streamliner the following month, Roach decided to re-team veteran comic actors ZaSu Pitts and George "Slim" Summerville in Niagara Falls, a comedy that recaptured the flavor of the duo's popular 30s Universal vehicles like They Had to Get Married (1932). Their quick and equally riotous follow-up to Niagara was Miss Polly (1941).Later in the streamliner series, Roach decided to mock the wartime Axis powers in a pair of spoofs featuring actor Bobby Watson (then the go-to performer anytime a picture featuring Adolf Hitler was in production). Watson played Der Fuehrer in The Devil with Hitler (1942) with Joe Devlin lampooning Benito Mussolini and George E. Stone doing a Japanese act. In 1943, Roach brought Watson and Devlin back as Adolf and Benito for Nazty Nuisance, but replaced Stone with a true Hal Roach veteran, Johnny Arthur.Finally, after a hiatus from his streamliners from 1944 - 46, Roach returned in 1947 with four more on the production schedule. One of the four has been locked away for decades and largely unseen: The Fabulous Joe. Starring Walter Abel as a henpecked husband who inherits a talking dog, Joe has been exclusively remastered from a 35mm print for this set and is presented here for the first time in all it's true CineColor goodness.