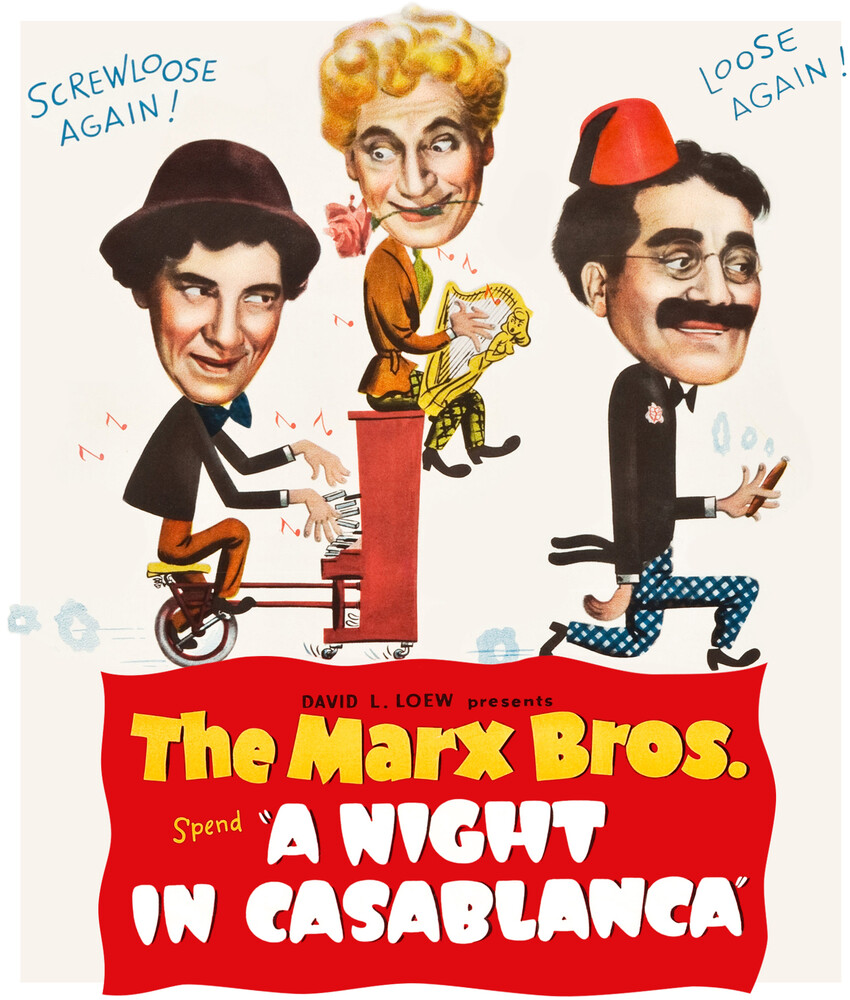 After a five-year hiatus from the silver screen, the legendary Marx Brothers are in top form as they set out to bust up a Nazi spy ring in A Night in Casablanca.Ronald Kornblow (Groucho Marx) is the new fill-in manager at the Hotel Casablanca-fill-in because the last three managers have met sudden and mysterious deaths. At the center of the intrigue is Heinrich Stubel (Sig Ruman), disguised as "Count Pfferman", who'll go to any length to gain control of the hotel, host to an array of hidden treasure smuggled out of France by the Nazis after the invasion.Oblivious to the untimely demise of his predecessors, and infatuated with Nazi-vamp Beatrice (Lisette Verea), Kornblow is aided by Yellow Camel Company operator Corbaccio (Chico Marx) and hotel roustabout Rusty (Harpo Marx) who are on to Stubel's plot to become the new hotel manager and make off with the loot.With more one-liners, jokes and gags that you can shake a cigar at, A Night in Casablanca recaptures the Marxes at their zany best. Also featured are Charles Drake, Lois Collier and Dan Seymour.