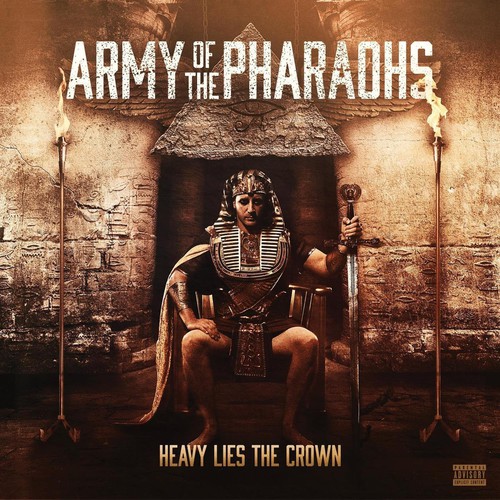 Army of The Pharaohs returns just six months after the release of ''In Death Reborn'' with its second of two albums planned for 2014. ''Heavy Lies The Crown'' is the result of one of the most productive creative periods of the AOTP crew's 16-year history. ''When we started working on ''In Death Reborn,'' the songs kept coming and by the time we looked up, we realized we had enough material for two albums,'' says AOTP front man, Vinnie Paz. ''The hardest part for us over the years has been getting everyone back together again after finishing one record to make the next record, so we just decided to keep things rolling and make two records at one time.'' The Army of The Pharaohs crew was founded in 1998 by Jedi Mind Tricks frontman Vinnie Paz as homage to the incredible rap crews of the 80's and early 90's. The Army of The Pharaohs has, from its outset, been an ever-evolving collective of celebrated emcees from the indie hip-hop scene.