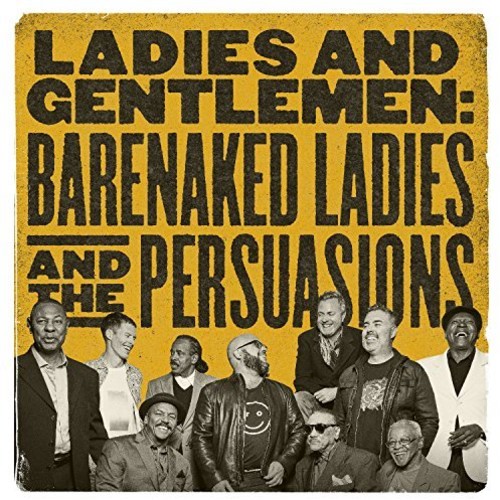 Barenaked Ladies have announced a very special collaboration with the legendary "Kings of A Cappella" titled, Ladies And Gentlemen: Barenaked Ladies And The Persuasions to be released April 14, 2017. Produced by Gavin Brown, the album features 14 tracks re-imagined BNL's award-winning catalogue and the classic 'Good Times'. BNL recorded the album live off the floor with The Persuasions last Fall at Noble Street Studios in Toronto. The seed for Ladies and Gentlemen: Barenaked Ladies & The Persuasions was planted when Kevin Hearn befriended The Persuasions at Lou Reed's memorial held at the legendary Apollo Theatre in 2013. The friendship led to an invitation for The Persuasions to perform with BNL at Central Park Summerstage during the Barenaked Ladies 2016 Last Summer On Earth tour. Both bands had such a fun time, they all agreed to "do more" together. Before hitting the studio together, and after running through about 25 songs from the BNL catalogue, both BNL and the Persuasions's excitement grew and the songs were narrowed down to the final 15 tracks featured on the Album.