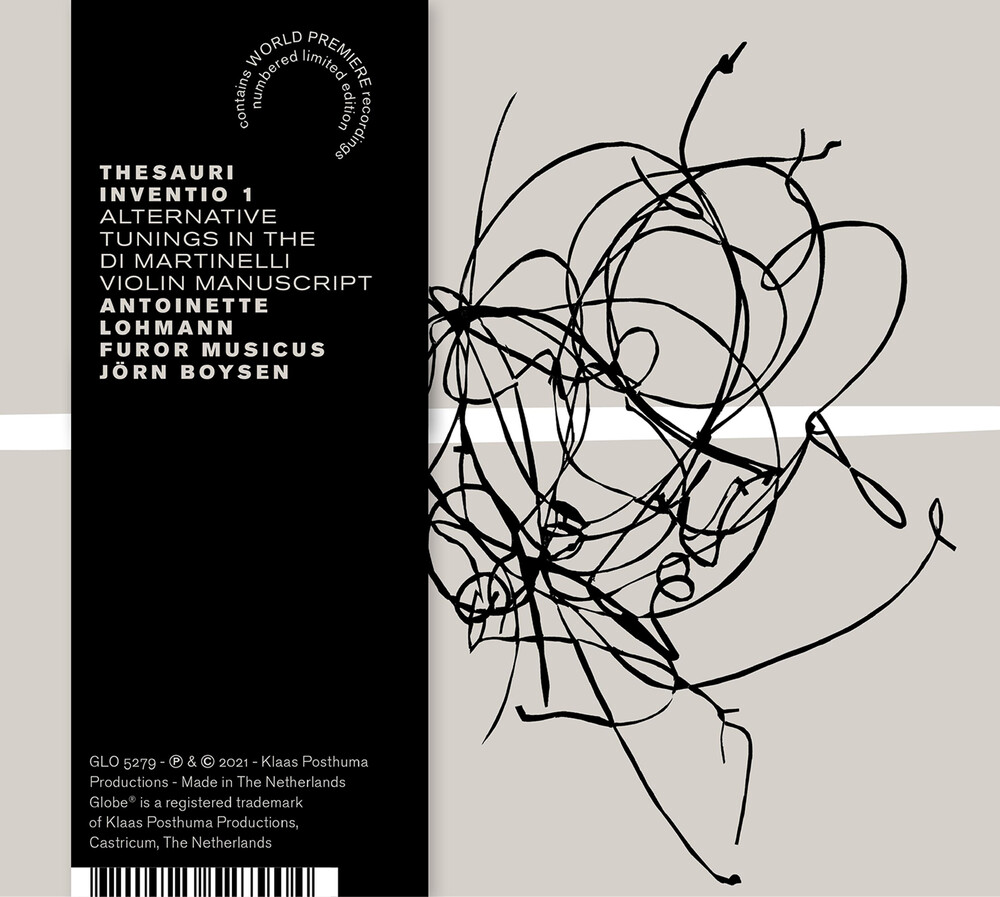 Thesauri inventio 1 & 2 is in fact two albums in one digipack, one featuring music from the Di Martinelli Music Collection and other from the KromerĂ­z Music Collection. In the late 17th and early 18th centuries, numerous music compilations appeared that gather together handwritten copies. Both archives contain a surprisingly large amount of repertoire for violin and continuo, some of which remains unexplored up to the present day. Antoinette's previous albums for Globe Records, Phantasia Musica (GLO 5265), Pieter Hellendaal (GLO 5271) and Johann Fischer (GLO 5274) have earned international critical acclaim.
back to top