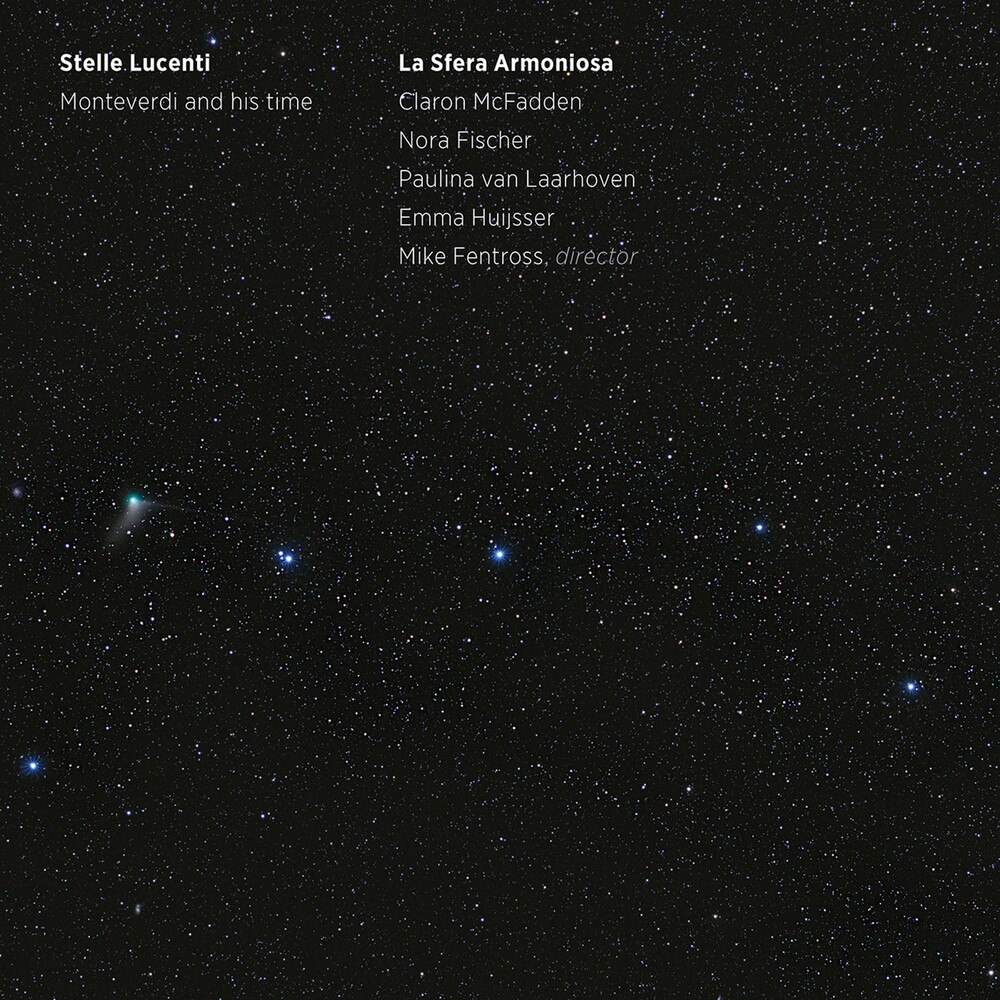 The music in this programme, featuring two vocal top soloists, Claron McFadden and Nora Fischer, reigns from the turn of the 16th to the 17th century, the transition from the Renaissance to the Baroque era, a musically interesting and exciting time! Claudio Monteverdi is without any doubt the biggest Stella Lucente (shining star) of this album. He has always been considered the great master of this period and the title of the album could have been Monteverdi and his time. The highest goal is to touch the listener's soul. This leads, among other things, to an enormous amount of publications with compositions for solo voice, two sopranos and basso continuo and, subsequently, the birth of the opera. Many musicians work in the courts of the great city-states (such as Ferrara, Florence, Mantua, Venice) and the papal residence in Rome. The Duke of Ferrara employs three sopranos under the name Concerto delle Donne. They are the pride of the court and perform in special concerts attended only by high-ranking courtiers and important guests. Composers are inspired by them, Luzzaschi in particular, who worked as the musical director at the same court. Not only were they highly skilled singers, they were also adept at playing various instruments, some of which you can hear on this album; the harp, viola da gamba and guitar.