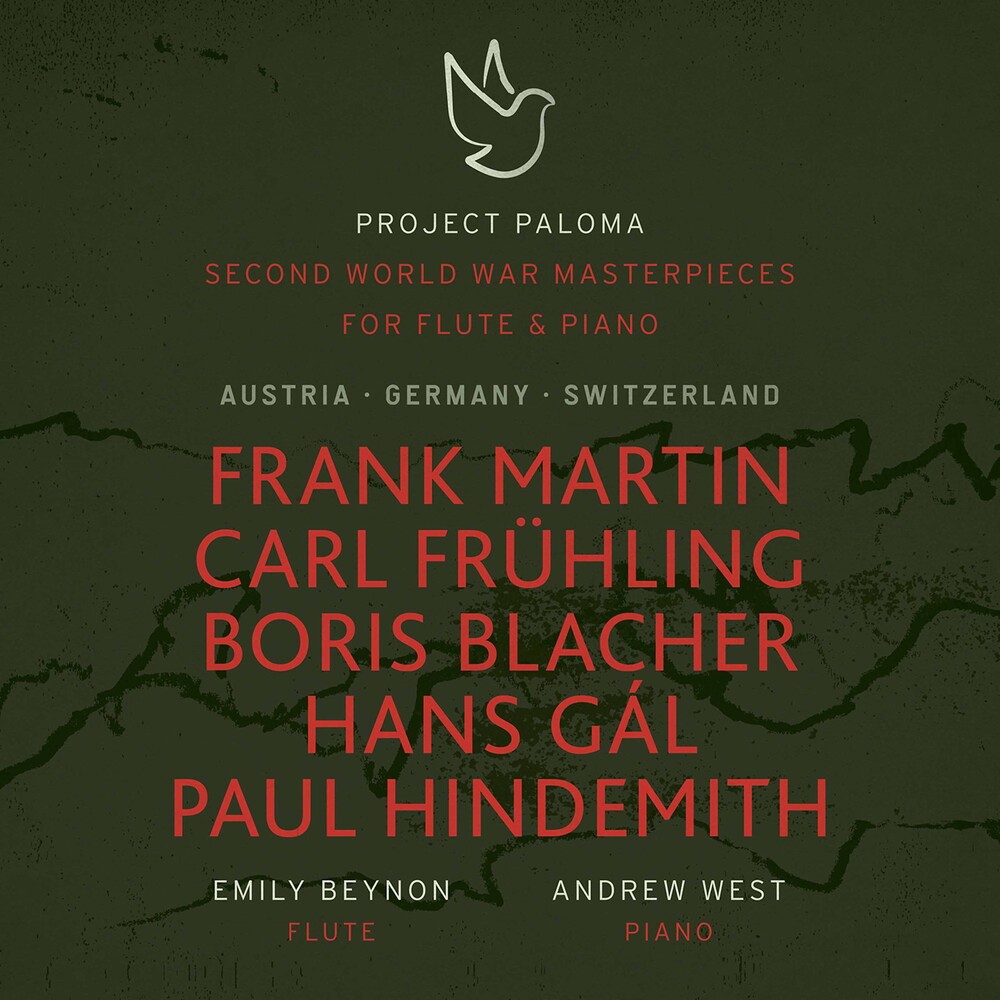 This first release in the Project Paloma series focuses on the pre-war years, with five composers who were particularly affected by the rising political tension in Europe. The Ballade by the Swiss Frank Martin appeared right before the outbreak of war in 1939, and is darkly dramatic, alternately brooding and turbulent. Blacher and Hindemith, both banned by the Nazis, produced two short sonatas in the dry, spare style typical of the Berlin avant-garde. In Vienna meanwhile, Frühling and Gál, both Jewish, continued to write in the Romantic idiom of an earlier time, it's lush sweetness perhaps a refuge from the world around them.