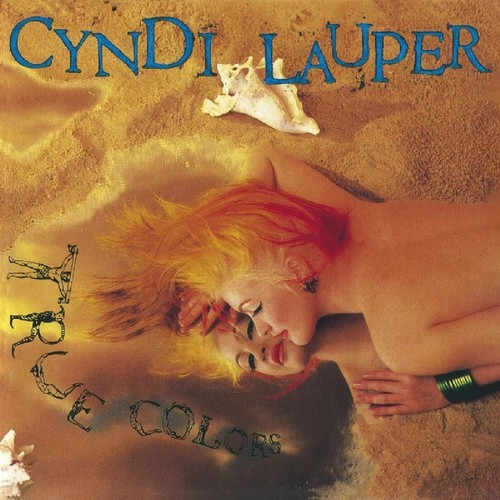 Cyndi Lauper's second album was a step away from her first album 'She's So Unusual', but it showed the world what Cyndi Lauper was truly capable of. "True Colors" opens with energetic, powerful second single "Change Of Heart". The Bangles did background vocals and legendary disco chef Nile Rodgers played a guitar. Other memorable songs include "True Colors" (one of the biggest hits of 1986 and deservedly so) followed by "Calm Inside The Storm" co-written with Rick Derringer, "Boy Blue" (single that flopped, maybe because that public wasn't ready for a serious Cyndi Lauper) and "What's Going On" (beautiful cover of Marvin Gaye's classic re-arranged by Adrian Belew & Cyndi Lauper).